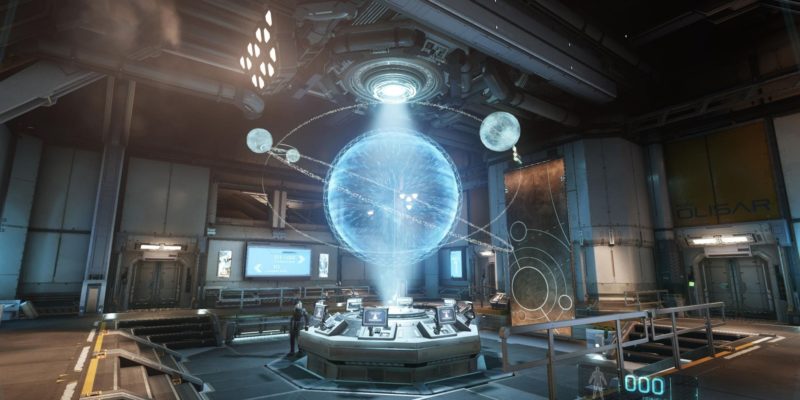 Lovely but was running 18 FPS

There were a few premature reports that the Star Citizen $100 million had been reached a couple of days ago but it’s only this morning that Cloud Imperium have reached this quite unbelievable milestone.

Yesterday’s launch of the Alpha 2.0 on the live servers has massively boosted the funds coming in which was to be expected. 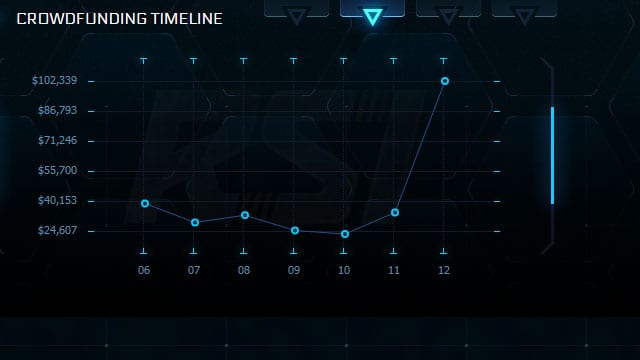 The launch of the 2.0 update was a big deal for backers for a few reasons, the main one being that this is the first step in demonstrating what Chris Roberts and his team are trying to achieve with all the cash. I’ve been keeping off the 2.0 PTU until the nastier bugs had been squashed so yesterday was the first time I’ve had the chance to get a look at the progress the team has been making.

Starting in Port Olisar you wake up in you quarters and then head to the main hub area to order your ship to be delivered to one the the station’s platforms. Moving about in first person is still a weird experience with the horrendous motion blur and strange movement, especially when coming down stairs where the players’ stride seems to reduce by half. It just feels very odd and that motion blur has to go. 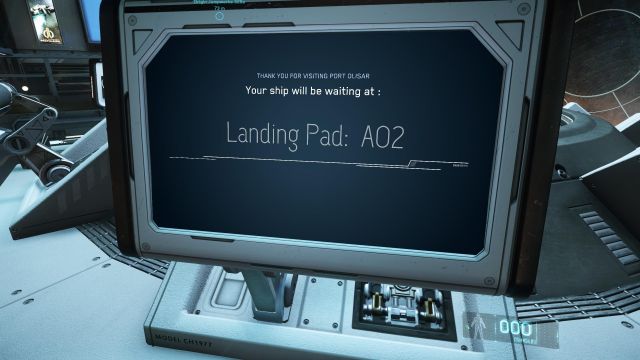 Order the ship then let someone steal it.

If there’s one thing I’ve learned about Star Citizen players it’s that they’re thieving bastards. The problem of ordering your ship then having some random person get in it and steal it is quite amusing. Even though there are three free ships to fly right now as well as my own ship thanks to their “Free Fly” event, players  have been hopping in other players’ ships, especially multi-crew ships, and disappearing into space leaving the owner stranded on the landing platform. There will have to be a lock feature added at some point because this would become infuriating. 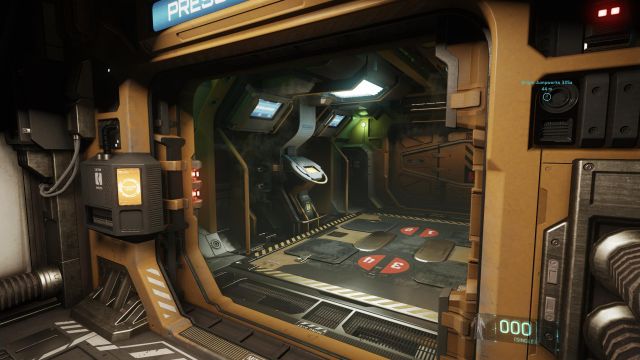 After a couple of ship steals I managed to get in my own Origin Jumpworks 325A ship and take flight. Numerous locations have been added such as comm arrays and you can jump to investigate the dozen or so locations. It’s at these locations you start to get a feel for what Roberts is trying to achieve since the game was announced back in 2012. 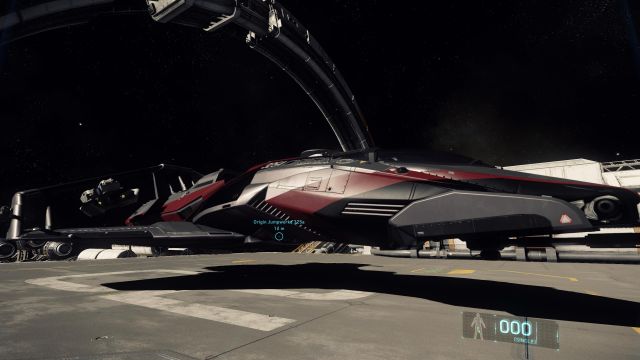 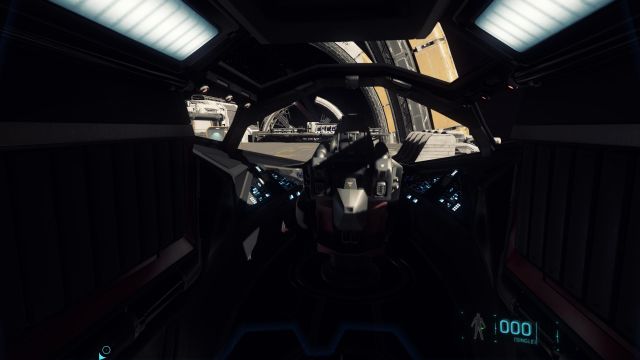 Seat? Check! Space? Check! Something to actually go do? Check!

At these new locations there are random events such as friendly ships being attacked by pirates and you’re called on to offer assistance. Once destroyed the friendlies ask you to head down to the array to give it a reboot which means leaving the ship. The comms chatter from the other pilots does start to pull you in to the experience and its a small but significant step to bringing an actual “universe” to life. 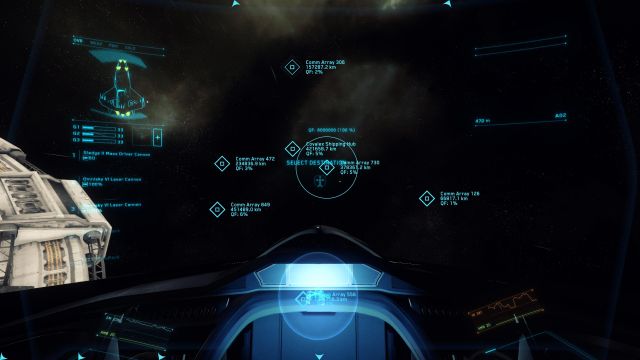 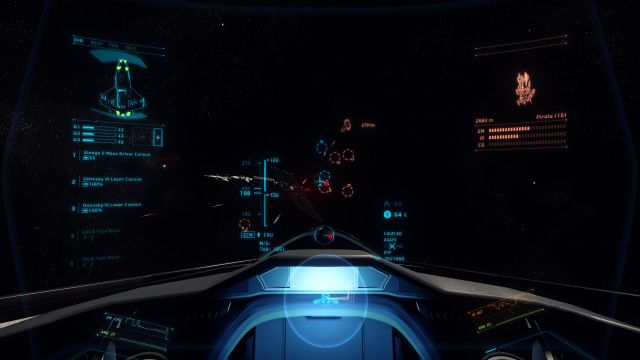 I have to say this is the first time since the game was announced that Star Citizen is starting to feel like some sort of a game. When I say “game”, I mean a much better tech demo and something that should probably have been with backers more than a year ago which would have avoided all the refund controversy of the past twelve months.

Ship control appeared fine but I’m probably not as fussy as the more dedicated Star Citizen backers but it performed well with my HOTAS setup after a few tweaks. It was responsive, although targeting seemed a bit hit and miss at times.

The most notable problem for me in 2.0 has been performance. The version appears to be a lot more resource hungry and I had to reduce the graphics down from Very High to High for the first time. The framerate can take massive hit when moving about the the indoor locations while in space it ran reasonably well which if anything demonstrates there’s still work to be done on these planetary locations.

With 100 million now secured, Chris Roberts and the team need to start delivering the content faster and I really hope that next year they can get Squadron 42 out the door. The Persistent Universe is where the majority of backers will want to spend their time, but if CIG release a really high quality single player experience I’ll have had my $80 worth of game. 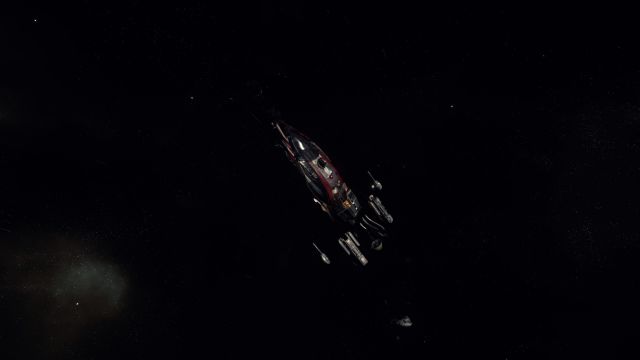 The release of the Alpha 2.0 update is a step in the right direction and Star Citizen is starting to become more like a “thing”, but CIG do need to start pulling their finger out and get over some of the technical hurdles that cause the content delays much faster to keep backers happy.

If you want to see how development has progressed since 2012, check our development timeline.