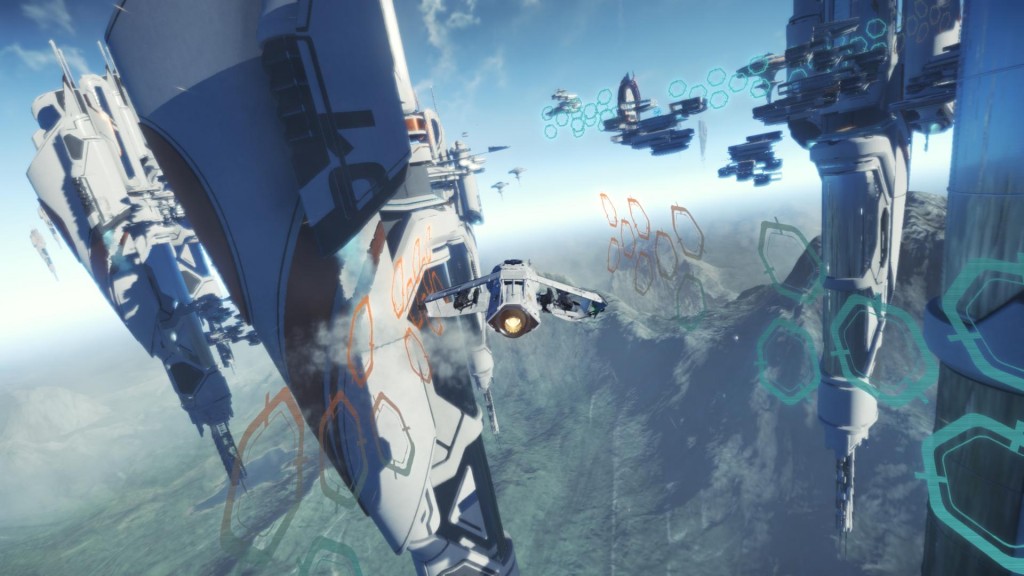 Star Citizen backers have been waiting eagerly for this update, so how is the race mode?

First of all, let me say that this first evening was not the greatest for testing the new game modes. For some reason it was impossible to join a multiplayer game, the queue counter just ticked down to zero and then said no games were found. This has been a problem for most players. Some have managed to get connected but usually only a couple of times if they were lucky.

Without other players, it’s been hard to get a feel for the race mode, but I did test the racing tracks to see if this was a mode that was worth adding.

When you play racing games which involve flying, it’s hard to get a  balance between playability and realism. Does anyone remember Plane Crazy? That was damn hard, but was also forgiving because it wasn’t trying to be a flight sim. Arena Commander’s race mode on the other hand brings over all the physics and controls from the main game and then plonks you on tracks that weave around a cityscape racecourse.

I’m no expert Star Citizen pilot and the test this evening was also my first trial with the Saitek X52 with its HOTAS setup. Stick on the right with lots of flashy buttons and throttle on the left. Ideal for racing, or so I thought.

With the inability to race against real players due to the matchmaking problems, the pressure was off. This was an ideal way to learn the three courses added in the 0.9 update without being shamed by superior pilots.

When the stage eventually loads, the race starts with a countdown in the tunnel starting gate. The first time I set off from the tunnel start gate the framerate wasn’t brilliant, but this only appears to be an issue at the start. Zipping through the tunnel after the first lap was fine. Once the tunnel is behind you  it’s out into the floating city landscape with its towers and buildings which are all placed at different altitudes. The courses weave their way around the buildings with the course of each track highlighted by holographic arrows telling the player which way to fly.

The object is to get around the course and travel through a series of gates or checkpoints for a number of set laps. This sounds simple enough, but the ships, in this case the Origin 300i trainer, have a mind of their own. Cloud Imperium appears to have made sure the ships fly in race mode as they would in space. In other words, this it’s not exactly simple to control. These races are no Wipeout.

Being a terrible pilot and still trying to get to grips with the X52, I was crashing all over the place. I think it took around 15 minutes just to get around once and that was with numerous deaths. Fortunately, you can just whack the X key and respawn at a point prior to the next checkpoint. 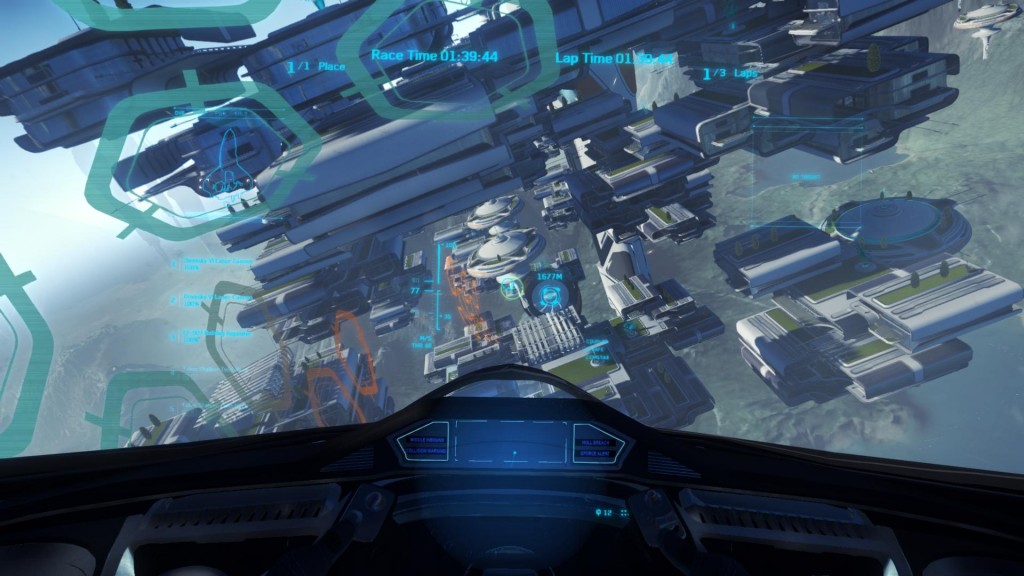 Gate 5 is my nemesis. A steep climb up from gate 4 past numerous structures was a tricky one to get right. The buildings also have protruding spires and one slight touch of these can either destroy the ship or send it spinning out of control. When the thrusters take damage you may as well give up.

How you approach each gate is important because if you leave them at the wrong angle, it’s easy to veer off course away from the track and the direction you should be heading to hit the next gate. You can go through the gates the wrong way and still make the checkpoint, but it’s not easy getting back on track when you’re facing the wrong way. The gates also close and leave a smaller hole to get through.

Hey, where did the gates go?

After about 30 minutes of attempting to memorise the tracks with a few a laps under my belt, I was beginning to master the throttle control. Racing around like The Stig isn’t the way to start playing the races, as the racing is about precision throttle control and steering. Flying around a three dimensional track takes concentration and skill.

The G-Forces also come into play. Push too hard and the screen will start going all waxy as the G-force increases. This makes it a lot trickier to see where you’re going.

First impressions of the Star Citizen race mode are good and the tracks are extremely challenging. If you want to really test your flying prowess then this is where you should head. Flying around in space is all well and good, but you’re not truly tested until there’s a mass of obstacles in the way. There could be an argument made to make the race flight model more forgiving but that would probably require a lot of work. Besides, this should make players better pilots.

Despite being terrible at the races they are fun, even when you’re not racing against other pilots. It’s a real shame there have been issues with the matchmaking on launch night, but with any luck a Cloud Imperium strike team will sort this over the weekend.

I’ll be taking a further look at the other new modes and the race mode again when other players can take part.

Steam celebrates 11 years and everyone loves it now