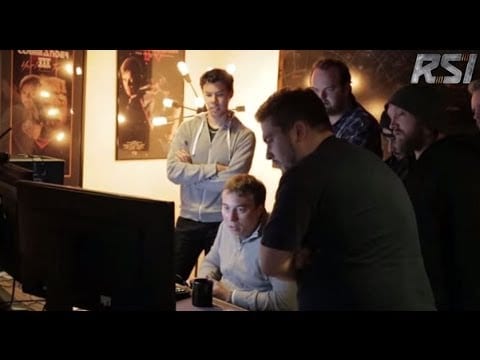 In the second episode of the Star Citizen Dog Fighting video series the team discuss how they’re preparing for launch.

In this latest update from Cloud Imperium, different members of the team explain their roles and how they’re helping with the launch of the module to make sure it runs as smoothly as possible. Chris Roberts, the master overseer of it all, also recaps which studios are helping piece it together. It sounds like a total nightmare to coordinate all the different teams at the different studios.

The module’s development has been tough for the teams as they all face very different challenges, whether it be keeping the community happy until launch, getting the game working over the Internet, or making sure all the systems are ready for when the Dogfighting Module is unveiled at PAX in Boston.

Chris does say that he doesn’t think it will be as polished as he would want it to be for the PAX reveal but hopes that shortly after PAX he’ll feel “comfortable” with it. We have to assume that the module won’t release to backers right after PAX but sometime in the following weeks.

You can watch all the behind the scenes action in the video below as well as the latest updates from The Next Great Starship competition.