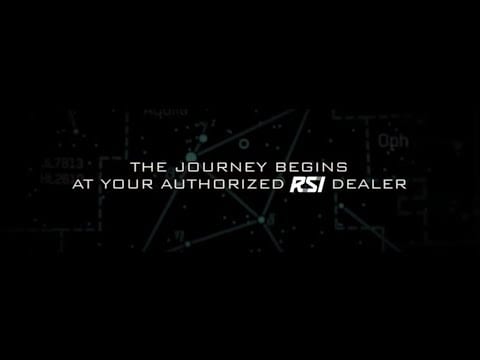 Cloud Imperium returned to Gamescom to reveal upcoming Star Citizen features, so here’s a summary of the show and what you can look forward to.

At this year’s special Gamescom event for backers of Star Citizen, Chris Roberts once again took to the stage to demonstrate the upcoming features for both Star Citizen and Arena Commander. This year the venue capacity was doubled, so it was packed with Star Citizen fans eager to find out more.

We did already have a heads-up on what would be revealed before the event, so the scene was set to find out more about new game modes, multi-crew ships, version release timings and more. Sticking with the tradition of starting late, the event start was predictably delayed, probably due to technical problems with the live stream and not because Chris was downing one last drink at the bar.

Eventually Chris took to the stage to introduce the Constellation variants. The Constellation Taurus was first up, offering the largest cargo hold of all the variants. The Andromeda is the base Constellation ship, while the Aquila features extra exploration equipment with a long range scanner setup, antenna to target jump points, and a rover for planetary exploration. Finally there’s the The Phoenix, which is the luxury model with hot tub and other fancy features which looks pretty damn amazing as far as interiors go. It’s the top of the line.

Next up Chris demonstrated the changes that are coming to the hangars showing the old versions in a side-by-side with the new versions that are being added to the game soon. After the release of Arena Commander they took another pass on the hangars to move to the “room system.” When 0.9 is released these new hangars will be launched into the Arena Commander mode. Every hangar will now be made by fictional manufacturers, each with their own style of hangar design. There are four variants and these were shown off in a new video which concluded with the Asteroid hangar.

These hangars are all customisable by adding rooms such as, for example, firing ranges and engine tuning rooms. They want to make them feel more like a player’s home. Hangars will also determine the start location of players in the universe when that eventually goes live.

These hangars and 0.9 will all be available around 27 August.

Moving on to more 0.9 updates, the flight model has been improved with 6DoF (six degrees off freedom), all the ship speeds have been increased by double, and an “overdrive mode” is being added which will burn fuel but there will be more thrust at higher speeds. Audio is also being improved again as they switch audio engines as development progresses. The first iteration of Leaderboards is being added in 0.9 too.

Who will be top of the Leaderboards?

New game modes were teased yesterday and the two new additions were revealed by Chris during the event.

Vanduul Swarm co-op is one of the game modes which comes with a cinematic camera mode to watch your friends if you die. This is for 2-4 players, 15 waves, 5 infamous Vanduul aces, limited respawns, and rewards for defeating elite waves.

The other game mode is a race mode, which was trailed with a video showing ships race around a course through floating gates above a city landscape, darting through tunnels and avoiding obstacles. There was full commentary in the audio, which made it feel really authentic.

This will test your piloting skills to the max, and should be a fantastic addition to Arena Commander which has almost become a full game in it’s own right. Race mode is coming in two weeks.

Coming in the more distant future is the multi-crew ship combat, which was demoed by four people; three in the ship and one operating a cinematic camera for demo purposes. The split-screen showed the views from all the different players in the game on the one ship and the actions they were undertaking at the same time, whether it be flying, taking control of a gun turret or moving about inside the ship. This was also seriously impressive and could be a completely imerssive co-op experience.

This concluded the presentation, which was even more impressive that the last live stream. Judging by what was on show, there’s no doubt that Star Citizen is pushing the boundaries of PC gaming and is shaping up to be one of the most ambitious projects ever undertaken.

Oh, one more thing. FPS anyone?

The Sims 4 will be missing family trees as well