CIG were once again back at Gamescom this year and held another large Star Citizen fan event to show off what’s coming up in the months ahead. Development continues having raised in excess of over 118 million USD so far and this was an opportunity to share their progress with fans.

Chris Roberts took to the stage to huge applause from the crowd and started with a quick recap of what’s coming with the Star Citizen 2.5 update which will be “out very soon”. It comes with the following.

The presentation then moved onto another ship trailer, this time for the Argo which is added in 2.5. The MISC reliant trailer was then shown.

Alpha 2.6 was then shown and Star Marine wasvonce again mentioned although there as no footage of it in action this time. Roberts says they’ve been working a lot on Star Marine and there’s “still a reason to do it”, and the idea is to have a “quick in and out competitive shooter”. It will come with remastered weaponry promising tactical team-based FPS action. All the work on Squadron 42 has benefited Star Marine according to Roberts. 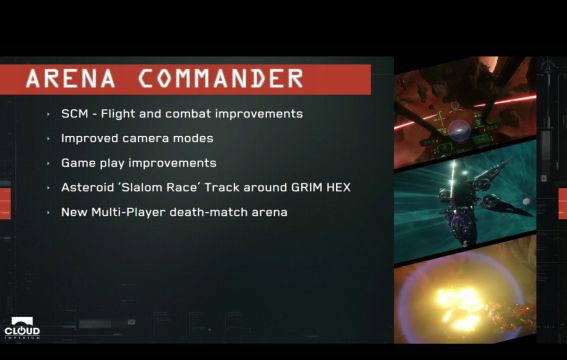 Roberts then moved onto yet another ship concept sale which includes the Anvil Terrapin. 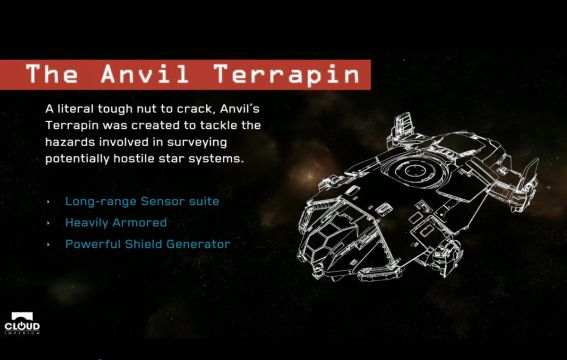 Next was some Alpha 3.0 discussion which will include more content, tech, and features as the big end of the year release. This will expand the Stanton System and basic professions such as trading , piracy, cargo transport, mercenary and Bounty Hunting. All the major planets will be added, new space stations (30 to 40), moons (around 10) and asteroid belts. 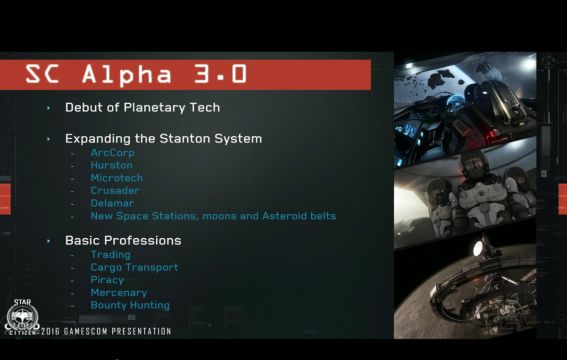 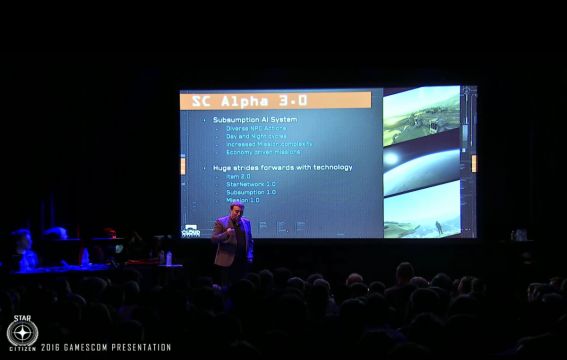 Referencing other games such as No Man’s Sky and Elite Dangerous, Chris said, “We’re more focused on building a universe and world, we have lore and history so it’s a different approach to Elite and No Man’s Sky. We won’t have billions of planets or systems.”

A preview demo of the 3.0 update was then shown even though it’s a few months out from release. The demo showed an early work in progress star map to help navigate the system as the two players pushed ahead with a mission.

The Freelancers ship quantum jumped toward a planet with a mission marker on it. The ship then descended closer to the planet Delamar through the atmosphere and switched to an atmospheric flight model. Chris said, “anywhere you are, you can get out and walk on the surface”. 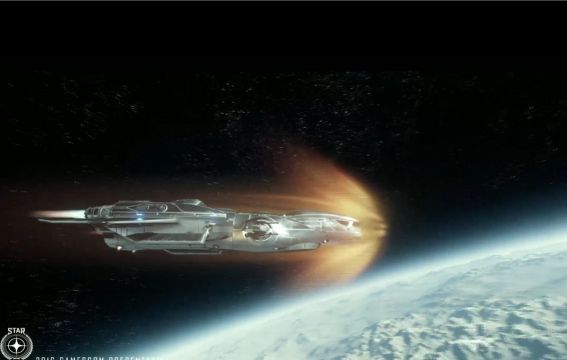 The ship reached the surface and co-pilot Glen got out and stepped onto the planet’s surface. Jared sadly wasn’t being shouted at by Chris this year and did a decent job in the pilot seat.

The point of this demo was to show what they are aiming for when it comes to planetary landings which according to Chris was “an unscripted adventure”. The transition from space to the planet’s atmosphere does look great.

The ship then flew towards the planet’s station Levski and requested a landing. There was some interaction with an NPC on the station which appeared on the ship’s cockpit panel. Once landed, the crew moved inside to look for an NPC while the ship flew off.

Inside the station the there’s some great examples of the level of detail they are trying to achieve. There was a lot of emphasis placed on the fact you could see your ship through windows from within the station which was to show the lifts were actual lifts moving up and down the station.

It was great to see some NPC mission interaction in the demonstration, it helps to flesh out the universe they are trying to create and brought some life to the proceedings.

Once the mission was complete and after “acquiring” a Dragonfly they went back to the planet surface for some combat against a pirate rover vehicle and pirate base which included more FPS action. This still needs some work but the idea is great.

You can watch the full demonstration in the video, and it’s worth it because it looks impressive. How it will eventually turn out remains to be seen because this demo has obviously been carefully planned and created for this event, but the game appears to be taking a step forward.

Sadly, at the end of the demo, another ship sale was pushed, something I don’t really think they need to be doing at this stage. The game should speak for itself and frustratingly the alpha isn’t that great at the moment.

Roberts  closed out saying that although there was no Squadron 42 footage at this event which was slightly disappointing. It will, however, be making an appearance at CitizenCon.

Every year CIG show some fantastic demos of what they have planned.  Whether the content they show at these events will appear, or not appear, is always niggling at the back of your mind. There’s no doubt they’re trying to achieve something special but progress feels slow and the constant pushing for more funding through sales with 118 million USD raised is always concerning.

If Roberts and CIG manage to make the game polished, expansive and playable, they will have achieved their goal. For now, if you’ve not invested in the project, then wait and see what happens over the next twelve months.

Turn into a mug in the new Prey Gamescom gameplay video