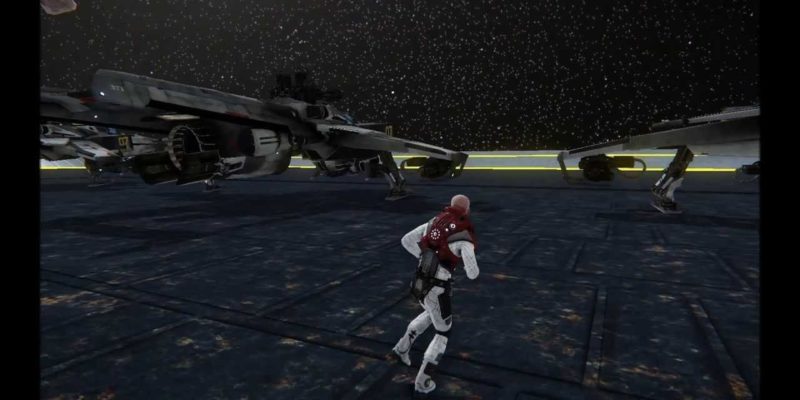 A Star Citizen mod has been released called the Illum Mod which allows you to exit the confines of the Star Citizen hangar and take a variety of ships for a spin, even if you haven’t  purchased them. That’s the wonderful thing about PC gaming is there’s always someone probing and tinkering with game files for the benefit of the community, and in this case credit goes to CharliebrownAU who also posted this on his YouTube channel.

The point of the Hangar Module is so you can check out your purchased ships and all the other aesthetic bits and pieces. The frustrating thing is you can’t leave the hangar, until now.

With a few file changes you can take all the ships for a spin, and while this is all very rudimentary right now but it’s pretty cool.

If you have the Hangar Module installed all you need to do is the following:

1. Download this rar file  – It’s perfectly safe, we have checked,

2. Inside the StarCitizenClient/data directory make a director called backup or something similar.

3. Copy the original Levels directory you see there into the backup folder you created.

4. Unrar the downloaded file and replace everything in the original Levels directory with the rar contents.

Once launched you’ll start out on floating platform and you can walk around all the ships. Pick which one you want to take for a spin, board the ship, take the pilot’s seat and start flying.

Movement is handled with the following keys:

OK, so it’s not perfect but it’s a bit of fun and a great way to check out the ships. Below are a few videos of the mod in action as an example. My flying skills were so poor I managed to face-plant an Aurora so we’ll leave it to the pros for now.