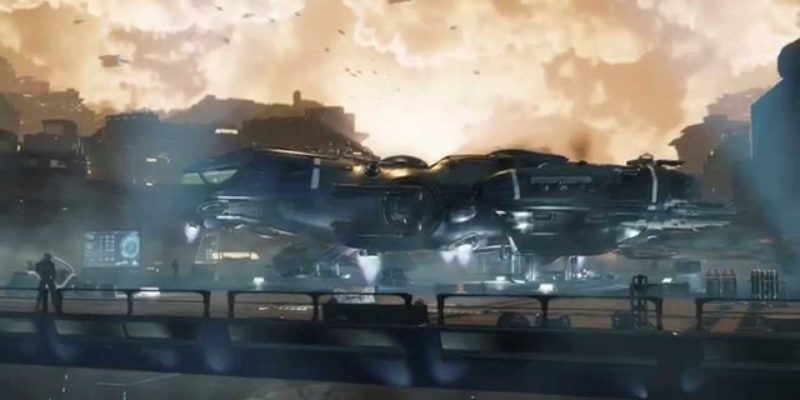 The Cloud Imperium funding continues to roll in and they have now reached a whopping $45 million. This latest goal brings a backer-selected reward in the form of the mysterious Hadesian artefact.

Hadesian Artifact – The mystery of what happened in Hades has been one of the great archaeological puzzles ever since the system was discovered in the early 26th Century. The evidence suggests that the Hadesians nearly erased their entire civilization in devastating civil war that left a planet cracked in half, but so many questions remained. Who were these Hadesians? How did the war get started? Over the centuries, even the public became enamoured by the mystery of this system. This curiosity was inflamed when scientists recently discovered a lone Hadesian artefact on the black market of all places. Trinket manufacturers quickly tried to capitalize on the resurgence of interest by building exact copies of the artifact for sale to the public, even replicating the unidentified symbols along the base…

Engine Tuning Kit – Wilkes & Federman MaxTune Kit has become one of the best-selling starter kits for the discerning home enthusiast. Featured in Whitley’s latest Steal of the Year issue, this kit comes with everything the fledgling engineer needs to take a deeper look into the mechanics of their engine. With a Tap Analyzer, you will be able to view your engine’s current output and energy draw numbers in an easy and comprehensible way. Use the thirty-eight piece omnitool to access your engine to start tweaking. Wilkes & Federman is not responsible for damage incurred after tuning your engine. Please consult with manufacturer’s warranty before performing work.

Cloud Imperium are also working on new ship commercials with videos for the Constellation and Cutlass currently in production. The latest to drop should be coming today for the Freelancer which now also has its own page/brochure with all the variants. We’ll add the commercial here when it pops up.

The Witcher 3 Pre-orders now on Steam with price reductions