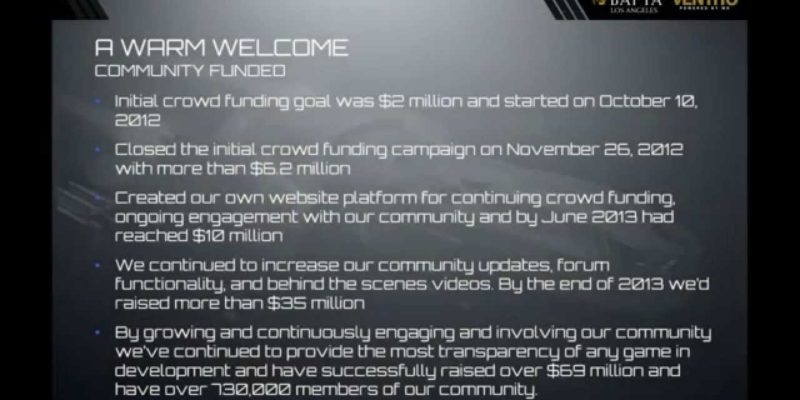 During the talk, which can be watched below, Chris outlined their development timeline which reiterates that Star Citizen will arrive in 2016. It also shows other dates for the different modules over the coming year.

The first person shooter module and planetside content will be coming end of March/beginning of April. Multi crew ships in Arena Commander are expected this summer. The single player Squadron 42 is expected to appear some time this autumn and the persistent universe is planned for the end of 2015. That then leaves a release of the game for 2016 as expected. 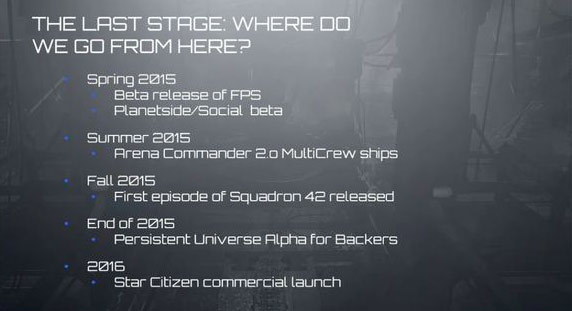 Chris says that this is the start and that they’ve “got several years planned out” and that the goal is to make Star Citizen “bigger and better as time goes on”. With the crowd funding going extremely well, Chris also expects the game to hit $100 million this year.

The video below is worth a watching if you’re following the game as Chris talks about the development, inspirations, previous work on games such as Wing Commander and more. We ‘ve edited the video down from the Twitch stream to remove all the gaps and pauses. It’s lengthy so grab a coffee and enjoy.