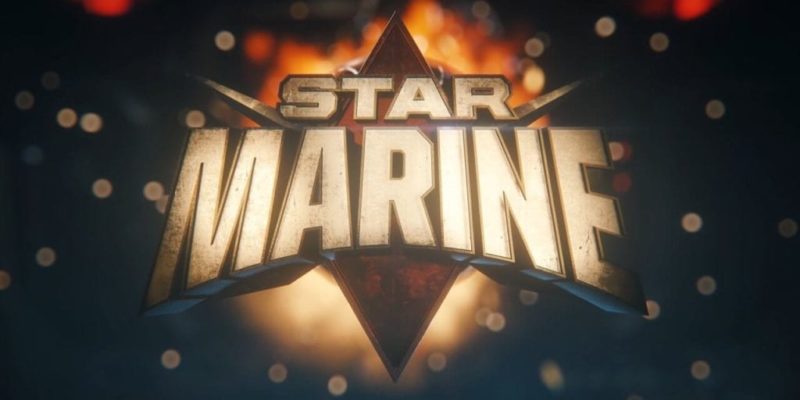 Last year CIG released the Star Marine FPS mode for Star Citizen with some fanfare. Since then I’ve been steering clear of trying it out; but since it’s January and there’s not going to be another update for a couple of months, it was time to bite the bullet. After all, it might be a while until something major is added and I wanted to see what was happening with my cash.

Star Marine is simply a shooter, two teams of Marines and Outlaws attempt to run around a map to take control points or go head to head in deathmatch. Only it’s not really runnig around, it’s more like ice skating or juddering around the two levels. It took some time to get the mouse sensitivity tweaked to a level that made it playable, as it’s quite fiddly and over sensitive to adjustment in the option. Even when you do nail it to a setting that should feel right, it still feels wrong. Very wrong.

After running around for a bit it was time to try out the grenades, which proved to be hilarious. The arm action looks like it’s about to confidently throw a grenade onto a target, only to sort of limply escape from your grasp into the air like some kind of weird underarm throw after the throw had occured. 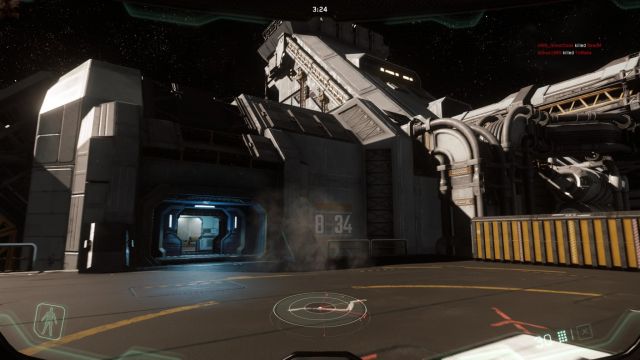 Then there’s the clipping. Scenery objects just sort of meld into you in tight spaces. On attempting to capture a point I found my character was jumped on top of the control panel then jumped back to the ground for no apparent reason. These are just typical glitches you come across as you continue to play and skate around the maps.

The actual shooting is currently all over the place. Trying to keep a target in your sights is not easy. The gun likes to jump around; and not in the manner of natural recoil, it just sort of jumps up and down. I watched many players die in situations they shouldn’t have because the trajectory of the fire looked like it was indiscriminately going wherever the hell it wanted. The weapon fire almost looks like it bends in mid-air. I also particularly enjoyed watching my weapon move about on the ground like it had a life of its own when I died.

The deathmatch mode is pretty much the same, except most of the time the audio glitched out so there was no audio at all. You can float around outside the station during the match which is at least something different. 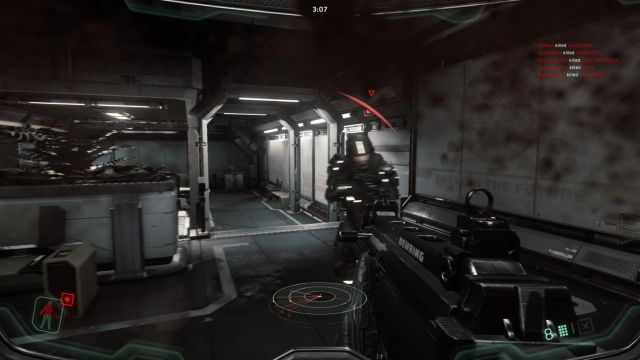 Are there any other positives? The gameplay is pretty terrible right now. I’m not sure why CIG would push this out the door to backers even if they are simply trying to keep them happy. On the plus side, and there is a small plus side, the environments all look rather good. The art team has done a solid job with the two maps that are playable.

There really is not a lot more to say about Star Marine other than it’s not very good at the moment and it does make you wonder why they even bothered with this release. Yes, I know they need to test all this stuff for the PU etc, etc, but to push it out the door as a big deal is quite perplexing because it’s not really suitable for consumption. I play lots of alpha versions as part of the job and this is pretty shonky. 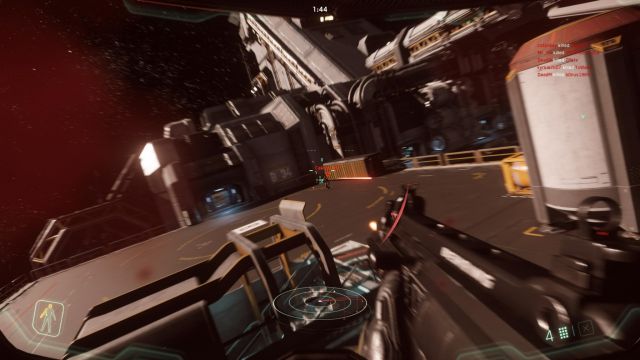 With continual pressure from backers to show new content, it’s understandable that CIG has to show something but the quality of Star Marine at this point in time does not put Star Citizen in a good light.

After enduring Star Marine I have come to the conclusion that Star Marine is probably not worth looking at again for a long time. Anyone thinking it’s worth trying Star Citizen for this FPS module would be better off looking at something else. Anything, in fact. Anything would be better than what I have just experienced.  Maybe one day it will deliver, but I’m not feeling too confident about that right now.

Star Marine feels like a rather pointless exercise and perhaps time could have been better spent on other parts of the project. As a Star Citizen backer, I hope CIG can make this a solid shooter quickly or make the decision to call it quits on their FPS mode ambitions to save time.

By Tim McDonald2 days ago
Previews