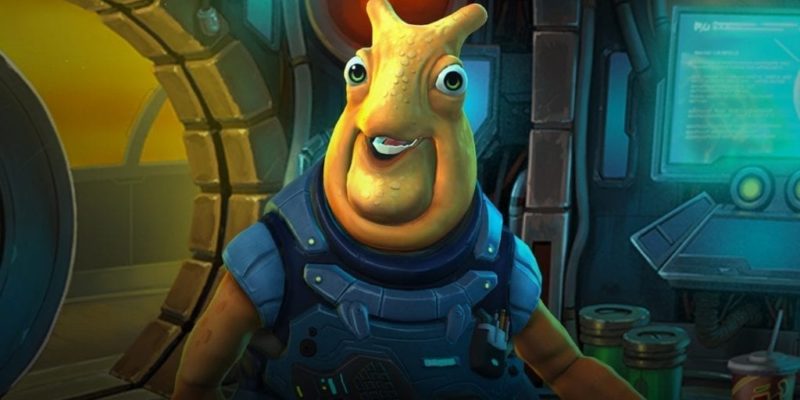 The legal battle over Star Control is turning into a knock-down, drag out fight. The issue involves a dispute over Stardock’s Star Control: Origins, which released last September for PCs, and the original creators of Star Control II, Fred Ford and Paul Reiche III. Star Control II aside, the latter are best known for their work on the Skylanders franchise. The dispute between these two parties has been developing throughout most of 2018, and things recently took quite a turn.

Right before the new year, Ford and Reiche issued a DMCA takedown on Star Control: Origins, getting it pulled from both Steam and GOG. For those who are unaware, Steam and GOG have a policy that if any DMCA appears for a game hosted on their marketplace, they’ll take down the game immediately. This means that the game has already been removed from both marketplaces. Brad Wardell, CEO of Stardock posted about it on Steam while Ford and Reiche elaborated on the issue in a blog post.

Stardock bought the rights to Star Control in 2013 when Atari declared bankruptcy. Fast forward to 2016, and Stardock announces that they’re developing a game based on the franchise called Star Control: Origins. This turned out to be awkward timing because less than a year later, Ford and Reiche announced they were making a game that was a direct sequel to Star Control II called Ghosts of the Precursors. Rightfully, Stardock filed suit against the two. Or so many thought.

So, if we look at the background, Stardock is actually the one that picked a fight in the first place – though they would’ve been completely in the right if there weren’t a disagreement over what Stardock actually owned when it came to Star Control.

During the process of that suit back in 2017 and leading into 2018, Ford and Reiche said that the documents Stardock had purchased only pertained to newly added lore and content in Star Control 3. Everything related to the original Star Control, Star Control II: The Ur-Quan Masters, stuff in Star Control 3 that was in past games, or even concepts from the unreleased Star Control 4 couldn’t be used.

The legal dispute is still ongoing, and it already led to having Star Control II delisted from marketplaces. The complaint against Origins is that it copies too much from Star Control II, and therefore infringes on their copyright, leading to the DMCA takedown. In their blog, Ford and Reiche created a comparison chart to illustrate the issue.

Does the complaint justify using a DMCA in this manner? Absolutely not. But I did want to clear up that this wasn’t an unprompted move on Ford and Reiche’s part.

But here is where the problem lies. According to Wardell, Stardock didn’t include anything punishable by copyright law in Star Control: Origins. And, even if they did – which the courts are still figuring out – it doesn’t justify using a DMCA to take down a launched game.

You can’t own gameplay, or mechanical concepts, such as double jumps in platformers. So yes, Star Control: Origins does use plenty of visuals and mechanical aspects that are similar to the old Star Control games. And while that is a bit scummy, considering that they’re still in litigation from the original suit, it still might not be copyright infringing.

Sort Of Childish, Isn’t It?

From the outside, all of this looks petty. Using a DMCA to get a game taken off the market for spiteful reasons, no matter how justified, is gross. That’d be like if Call of Duty got Battlefield taken down every time a new one came out just because they’re similar FPS games.

It sets a rather negative precedent for creators or companies moving forward. If you feel a game or property is too close to yours but they’re already up on Steam? Instead of fighting it out through the proper legal channels, just issue a DMCA takedown. Problem solved. By setting this kind of precedent, I think Ford and Reiche made a poor move in using the DMCA like this.

It Used To Be Friendly

If we look back, we can actually see that Stardock and the series creators’ had an amicable working relationship. Back in 2014, it seems they were even supposed to give some unofficial input on Star Control: Origins. But, as soon as the pair decided to work on their own SC2 sequel, things got less friendly. Now it has devolved to the point where CEOs are arguing with comparison graphs on social media.

This is t heir chart with our comments next to it. You can review their original chart here: https://t.co/rSX0nK4bAN pic.twitter.com/7bDh7OEgvj

I get it, I really do. Wardell finds it ridiculous that he now has to lay off employees because there is no further income coming from their five-year passion project. When you look through the lens of having to fire someone over something as trifling as using the color “red” to denote hyperspace, I can see how that would get you riled up.

But on the other hand, Ford and Reiche also make some good points. Star Control: Origins very obviously uses some of the lore, concepts, and ideas from SC2. At least, way more than it does from SC3. But, that is less of a “this is copyright infringement” issue and more of a “you really lied to us about it being all original” argument. That should’ve remained between the creators and Stardock. Still, Stardock shouldn’t have released a game that had elements they were sorting out in a legal case. That just wasn’t smart.

I’m no lawyer. I find the idea of trying to hold “red hyperspace” hostage ridiculous. But, apparently, even the courts are being a bit snarky about this whole debacle. Judge Saundra Brown Armstrong, the judge presiding over the original case, had this to say about the DMCA takedown development:

“In view of the foregoing, the harm Plaintiff [Stardock] complains of is indeed of its own making. Plaintiff had knowledge of Defendants’ [Ford and Reiche] copyright claims from the outset. Despite that knowledge, it developed potentially infringing material without resolution of the IP ownership issues, and then publicized the release of that material during the pendency of this action. It now claims that its investment in Origins and reputation are on the line. Given that Plaintiff largely created the foregoing predicament, the Court is disinclined to extricate Plaintiff from a peril of its own making.”

So in conclusion, this is silly. The way the original creators acted is silly, the manner in which a company CEO is acting is silly, and I hope the employees at Stardock end up okay. It would be truly frustrating if the staff at Stardock are punished for the passive-aggressive dealings of their employers. And, I hope the press that Stardock and the original creators’ have been getting is enough to make both their projects successful, eventually. Figure out your dorky issues behind closed doors, and release some games for us to play.

What about you guys? Did you know about this whole fiasco? What is your opinion on it? Are you a fan of the original Star Control games? Let us know in the comments down below. And if you’d like a breakdown of the franchise, click here.