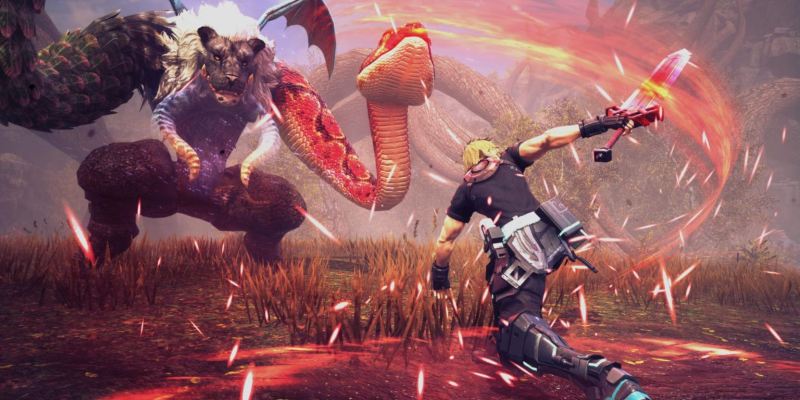 Developer tri-Ace Inc. is working with Square Enix on a new entry into the Star Ocean franchise, which celebrated its 25th anniversary this year. The newly announced title is called Star Ocean The Divine Force, and it will be coming to PC through Steam in 2022.

The reveal was accompanied by a debut trailer, which gives you a taste of the game’s story, shows off some combat and exploration, and introduces the two protagonists, Raymond and Laeticia. You can check out the trailer further below.

Star Ocean The Divine Force is an action RPG like the previous games in the series. Battles are designed to be super high speed and engaging. There will be no random encounters. You will be able to see all the enemies in the world and seamlessly transition into battle by approaching them. In the trailer, you can see a mechanic that allows you to surprise an enemy at the beginning of a fight. Doing this will allow you to deal more damage.

Exploration in Star Ocean The Divine Force isn’t bound to the ground. You will be able to use your robot companion to float in the air, dive at enemies, and fly. I envision myself spending hours seeing what great heights I can reach with these exploration tools.

The two main characters will give you different perspectives and gameplay experiences. Raymond is a captain of a space trading ship. His narrative counterpart, Laeticia, is the princess-knight of an underdeveloped planet. It reminds me a little of Final Fantasy IX, but in space.

The Star Ocean The Divine Force reveal also included a little bit of info about the action RPG’s narrative. The game blends science fiction and fantasy to tell a gripping story, which is pretty much exactly what we’ve come to expect from a Square Enix title. The Divine Force is also intended to be enjoyed by Star Ocean veterans and players looking to dive into the franchise for the first time.