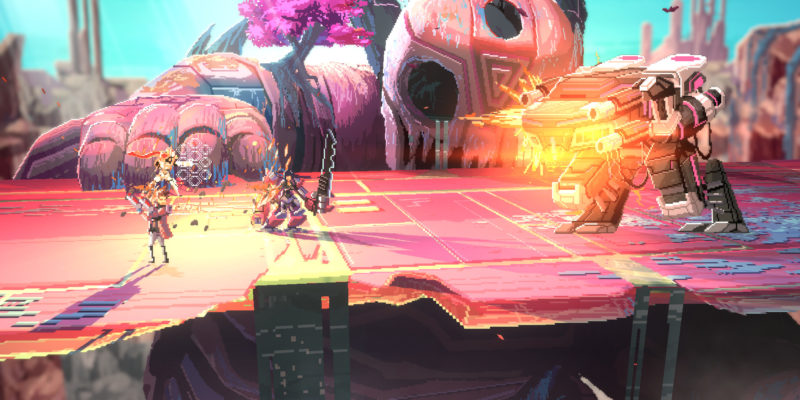 One of the prettiest tactical roleplaying rogue-likes to come out in recent times will soon be getting more content. Developers Massive Damage has shared the Star Renegades roadmap, and things are certainly looking brighter by the day. With the game’s reliance on infinite timelines as players attempt to save the universe, your options are set to get more comprehensive down the road.

Just two weeks followings the launch of Star Renegades, more content will drop during fall, winter, and even in 2021. The new Dragoon class will come first, bringing with it the “ability to absorb and rechannel Fury from incoming attacks.”

There will also be new Dragoon progenies, combos, and relationships. The armory will also see some new upgrades, while Massive Damage will provide more UI fixes and quality-of-life enhancements. Winter will see new adversaries join the fray together with a new Behemoth. Players can explore a new planet called Prycon, while the droid will see more upgrades. If you wanted Star Renegades to offer a more customized experience, custom game and difficulty options will be part of the deal. Further UI fixes and QoL enhancements will continue, while Korean, Polish, and Brazilian Portuguese languages will be added.

Next year, Star Renegades will see improvements in the Adversary system, more side quests, and even a daily challenge mode. While details are not clear on the Star Renegades roadmap, new Renegades, planets, Adversaries, and Behemoths will also be added. Of course, that means players will also be getting plenty of new gear to even the odds.

If you are searching for a challenge, Star Renegades provides plenty of that. Through fast-paced, dynamic, turn-based combat with a procedurally generated campaign to ensure every playthrough is unique and challenging, you will always have something new to look forward to every single time. 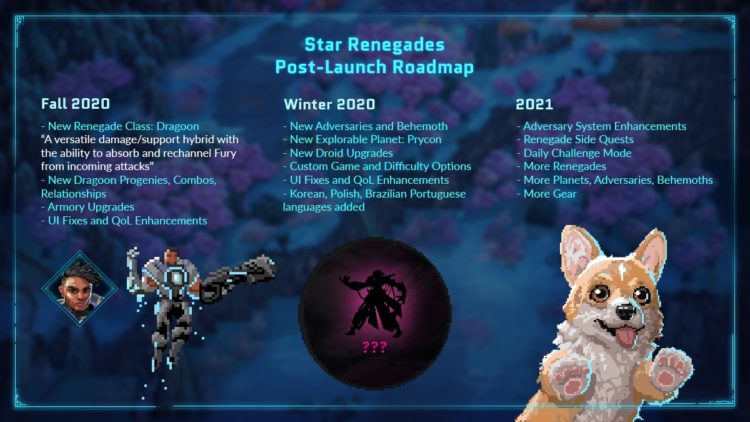 We’re here for the corgi.

By Otto Kratky20 mins ago
News