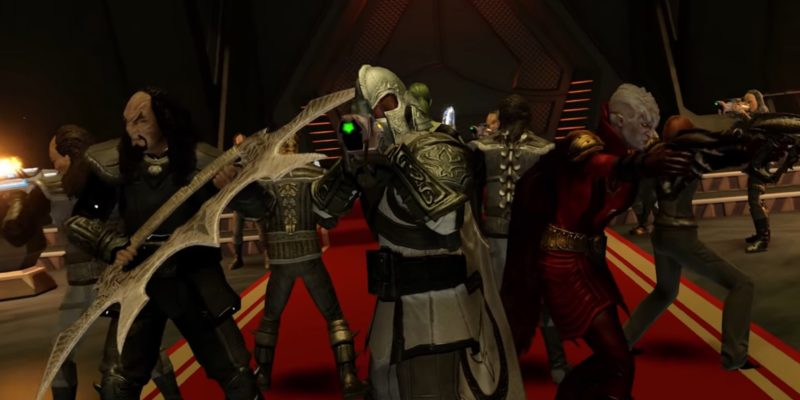 If you have been seeking for more adventures in the Star Trek space, you are in luck. The new and substantial expansion, Star Trek Online: House Shattered, is now live. It continues the Klingon war, while adding even more content, characters, and one more store for you to shop at. Not only that, but players can look forward to familiar voices that have made the trek over from the shows.

Star Trek Online: House Shattered is headlined by a new episode. Titled ‘Partisans’, developers Cryptic Studios shared that the new content will see players venture to the Nimbus to seek help. Following the devastation of the peaceful planet of Khitomer, Chancellor J’mpok of the Klingon Empire has partnered up with Aakar, pushing the blame to renegade Klingon Matriarch J’ula, legendary General Martok, and the players. It will be up to you to clear your names and set things right.

Captain Adet’Pa is voiced by Rekha Sharma. Fans will recognize the voice from both Star Trek: Discovery and the previous Rise of Discovery update. General Aakar, on the other hand, is voiced by The Next Generation‘s Robert O’Reilly, while General Martok is portrayed by Deep Space Nine‘s JG Hertzler.

That’s not all of the content in Star Trek Online: House Shattered, either. A brand new Task Force Operation called Synth Wave is now available. Players can head to the infamous invasion of Mars from Star Trek: Picard, and attempt to save as many lives as possible. The scenario will present a new gameplay style, which will help freshen things up. 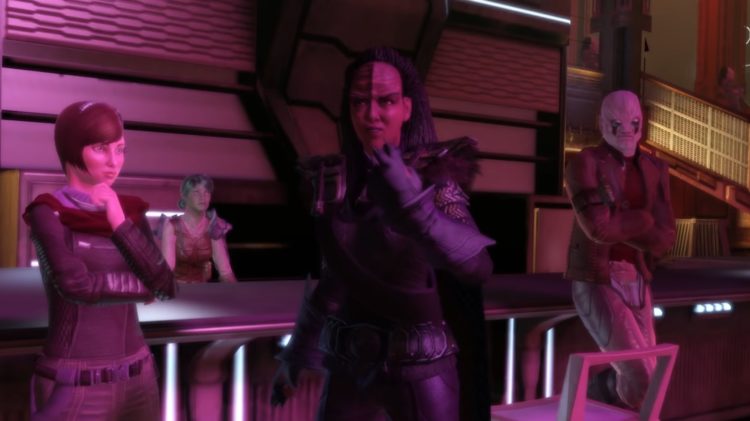 Star Trek Online: House Shattered will also see a new ship added to the Infinity Lock Box. The Constitution-class Mirror Warship is now available, and five new items from Star Trek: Enterprise can be bought at the Lobi Store. Another big feature is the Experimental Upgrade System. All players will receive a token for free, which you can use to add a Device Slot, Console Slot, and a new Trait Slot to any of your T5-U or T6 ships.

Finally, as part of the Year of Klingon, the Warzone Mission Arc for Klingon characters was updated. Two maps were completely remade, all missions have new gameplay improvements, new cutscenes, and there is also the debut of Shannon Cochran as the voice of Lady Sirella. Female Klingon Captains will also have new heads to choose from.