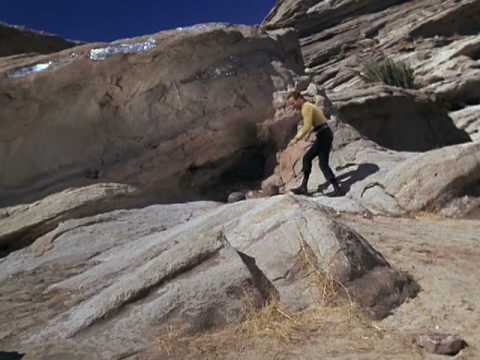 On Friday night, around the time I got my hands on Star Trek, I wound up cracking a tooth. Cue an entire weekend of agony, muted by the most powerful painkillers I could get my hands on. Now, I know what you’re thinking – you’re expecting hyperbole along the lines of “but I’d still rather have that toothache than play Star Trek,” right? Well, you’re wrong, because that would be insane. Toothache of that level – the head-pounding, mind-sapping, soul-destroying level – is much worse than Star Trek. It’s much worse than most things. Toothache is reportedly one of the worst pains you can suffer.

It wouldn’t be fair to say I had high hopes for Star Trek; it’s a licensed game, so even someone of my questionable sanity isn’t going to expect wonders. But I did hope for something… well, average. Something that, while nothing particularly special, might be a moderately enjoyable co-op romp. Surprisingly, Star Trek actually has a couple of novel and interesting ideas, but they’re punched about by bugs, glitches, and what is just generally one of the crappiest games I’ve played in a very long time.

As you’ve no doubt heard from one of the many breathlessly excited developer videos, you take on the role of either Kirk or Spock, and wind up fighting the Gorn – an entire race based around that giant lizard chap Kirk fought against in the original series using styrofoam rocks and a bamboo cannon.

The story starts simply enough, with… actually, I don’t even remember. A satellite or space station being sabotaged, or something; all you really need to know is that the story isn’t very good, largely relies on people being idiots, and has dialogue lines that begin with “AS YOU ALREADY KNOW…” which always makes me cringe. And if you’re shocked I can’t remember how the game opens, it’s because my enduring memory of the first hour was Spock standing in the middle of a bridge, on fire, telling me to take cover from solar flares. I’m guessing this was his way of indicating what would happen if I didn’t. When you’ve got stuff like that going on, you don’t tend to remember the technobabble.

Yep: as I doubt you’re cruel enough to subject another human being to playing this atrocity in co-op, whichever character you don’t pick is controlled by the A.I. – although “controlled” might be the wrong word.

I’ve seen Spock run back and forth between two points, each about a foot away, like a giggling toddler. His advice to stay behind cover in order to avoid detection by enemies would’ve meant more had he not said it while standing in the middle of a corridor, right in an enemy patrol route. At one point he refused to help me open one of the “partner doors” that for some reason require two people to open, instead standing in front of it like a wax statue. He magically teleported into a turbolift at one point, so I’m going to guess he’d managed to get confused by stairs and the Q Continuum took pity on him. And combat? Well, he likes to stand directly in front of turrets, shooting at them, before shouting that he needs medical assistance and would you be so kind as to revive him. This is less Star Trek and more an eerie combination of Star Babysitter and Star Suicide Watch. On the plus side, I got a cheap laugh when I remembered that the character selection screen described Spock as “Tactical, precise, and logical.”

Small blessings, though: the game is rarely hamstrung by your partner’s AI. If you desperately need him he’ll usually teleport over to you, and he’s basically unkillable; only once did the game end because he actually died. God only knows how he managed to break his immortality. He probably had a brief moment of lucidity, realised what game he was in, and plunged off a cliff.

That said, I do wish the horrible AI was relegated solely to your partner. I’ve seen enemies walk into walls repeatedly. I broke the combat AI three times (once in a sub-boss encounter at the end of the game) to the extent that they stopped shooting and just sat there staring at me. One NPC, who I was supposed to follow, walked into a doorframe, turned, walked back a step, turned, and repeated the process 15 times before finally making it through the door. Yep: even the scripted movement appears to be broken.

I could basically just continue this review by listing all the hilarious glitches I encountered, but as I’ve already done that in video form I suppose I should instead talk about the actual gameplay. So here’s how it works: you run down a corridor, possibly use your tricorder to open a door or something (which inevitably involves one of three interminable hacking minigames), and then maybe take cover and shoot some guys. In case you’re panicking because I mentioned patrol routes earlier, don’t worry: the stealth is entirely optional.

The problem is that none of this is much fun. Arguably the most important aspect – the shooting – is totally anaemic, as none of the guns have any weight or heft and thus are slightly less convincing than Nerf blasters. The enemy types are exactly what you’d expect in terms of Shotgun Guy, Melee Guy, Guy with a Sniper Rifle, etc, so there’s no real novelty there. Oh, and unless I’m mistaken, the game also totally lacks any location-specific hit-detection, meaning that a shot to the head does as much damage as a shot to the toe. In a 2013 game. And if I am wrong, then the fact that I couldn’t tell still doesn’t speak highly of this.

The cover system itself is even worse; you can’t sidle around corners while in cover, instead having to pop out and then back in, and because the cover button is also used for combat rolls it’s anyone’s guess as to whether you’ll duck behind a wall or cartwheel into the scaly knees of an aggressor. Still: this isn’t as much of a problem as it might sound because the majority of the game is easy enough that you can just walk forward while firing, and when you do hit a difficulty spike, you’re more likely to die due to bugs – like enemies shooting you through walls – than anything else.

The tricorder, on the other hand, is the sort of thing that would be fun to use in a better game thanks to a number of clever ideas being tied to it. It does all the expected crap, like scanning artifacts in the environment (which is tied to the world’s most pointless upgrade system, both because you can choose to unlock the abilities you want right from the start, and because half of the abilities are completely useless anyway) and hacking doors, but it can also let you see through walls, hack turrets, or cause enemy grenades to explode as soon as they throw them. Does hiding in cover and sabotaging every enemy’s grenades sound fun? It could well be! Just, y’know, not here.

Surprisingly, that’s not the only good idea, with the campaign offering a number of setpieces that sound like they could be impressive. There’s a bit where you target a location so that the Enterprise can bombard it with photon torpedoes. There’s a bit where you control the Enterprise’s weapons while chasing down an enemy ship. There’s a bit where you get hold of a hand-held teleporter which is totally not based on the Portal gun and use it to leapfrog yourself and Spock around a zero-G environment, so your perspective is constantly shifting as you walk along the walls and ceiling. There are bits where you glide Kirk/Spock through a canyon, or have them ride invisible space bikes through a debris field.

But these setpieces are rubbish. The aforementioned orbital strike has no feeling to it because the explosions are awful and the debris floats about like it’s made of styrofoam. The control-the-Enterprise bit is one of the worst railshooters in the world, to the extent that it makes Star Wars: The Old Republic‘s space battles look like fucking X-Wing. The hand-held teleporter bit is entirely linear and massively overstays its welcome. And the gliding/flying bits are utterly, utterly execrable; they’re on-rails dodging minigames with a swerving camera that makes it impossible to tell whether you’re going to hit something or not, you die in one hit, and these are usually preceded by lengthy and unskippable cutscenes. Thanks game!

As you can probably tell by the embedded video and the above screenshot, the graphics and animation are generally awful. The alien planet – a strange new world, where no man has gone before – is that most exciting of videogame colours: brown. Very brown. Browner than a shit-themed foam party. Even exploring the Enterprise is no fun because there’s no sense of scale, nothing to interact or play around with, and invisible walls everywhere. The Star Trek cast either look horribly wrong, or are digging their way down through the bottom of the Uncanny Valley. Animations often start or end awkwardly, with some of them going as far as making Kirk levitate for a few seconds. There’s no joy to any of the aesthetics and this is a surprise, considering this is by the same developer that made the staggeringly beautiful Warframe.

So this is a co-op cover-shooter in the Star Trek universe, only the shooting is rubbish, the cover system is rubbish, the co-op AI is rubbish, the enemy AI is rubbish, it looks rubbish, it doesn’t use the license particularly well, it’s buggier than a fleet of Volkswagen Beetles, and it has the temerity to include some fucking awful platforming sequences. And, unsurprisingly, the port itself is pretty bare-McCoy: some pop-up tutorial text has been altered for PC in spectacularly lazy fashion (“Click the F to sprint”? Really?) and I have literally no idea what the instructions for the brightness adjustment screen mean. Reportedly, the co-op didn’t actually work on PC at launch; I can’t go back in time to verify that for myself, but it honestly wouldn’t surprise me considering what I have seen.

I could be kind and say that, with another year or two of development time, this might’ve been a fairly average cover-shooter with a few neat moments and enough of a Star Trek feel to make it worthwhile for the fans, because all indications are that the problems here are down to time constraints and a lack of polish rather than lazy developers or a dearth of ideas. But what could’ve been doesn’t matter, because what we actually have is a terrible cover-shooter that usually spends its time being exceptionally boring, sometimes makes a brave foray into aggravating the shit out of the player, and always feels completely unfinished due to a dancing parade of bugs and glitches. Star Trek is a complete waste of time and money. Stay away.

RAMBO game features detailed, and a shot of the man himself