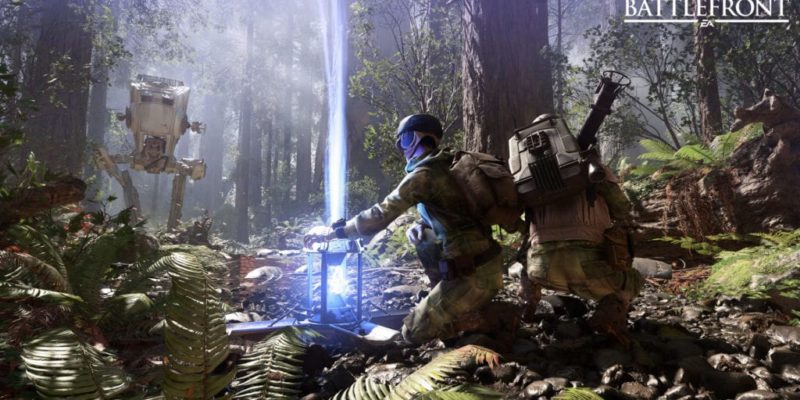 DICE and EA have some free bits and pieces lined up for Star Wars: Battlefront across “the next few months”, plus a bit of news about June’s ‘Bespin’ expansion.

They’re planning to introduce more in-game events (double score weekends, community events and the like), plus new Hutt Contracts that’ll unlock Star Cards like “Berserker Trait, Bacta Bomb and Ion Neutralizer.” Something to play offline is teased in the same run-down, as are some “cool activities” for 4 May.

All that stuff will be introduced to Star Wars: Battlefront for free.

The Season Pass-linked expansion (not free, of course) Bespin will be adding four Cloud City themed maps. “You’ll see AT-ATs in Cloud City, take to the skies in Fighter Squadron, and even spend time in a carbonite chamber,” it says here. Lando Calrissian will turn up as a hero, as will the bounty hunter Dengar.

Two more heroes are promised in the Death Star expansion, and another two in the as-yet-unnamed fourth expansion.