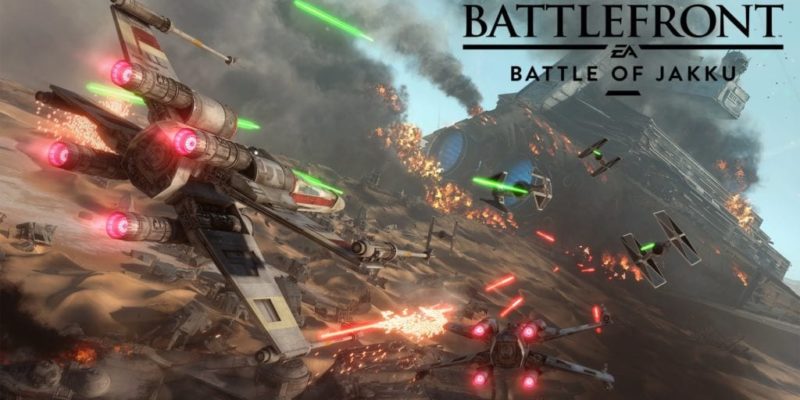 Those who took the risk of pre-ordering Star Wars: Battlefront will be able to play it first, but the Battle of Jakku maps and mode will ultimately be free for everyone who owns the game.

If you’re a pre-order person, Battle of Jakku is available on 1 December (probably still ‘tomorrow’ in most time zones). If not, you’ll have to wait until 8 December. Not exactly a huge delay.

The scenario itself is based around a post-Endor battle, where Rebels (now The New Republic) set about clearing some Imperial strongholds on the remote desert planet of Arraki … sorry, of Jakku. As Star Wars folks will know, Jakku is also the primary setting for The Force Awakens (taking place some three decades after the events shown in this map mini-pack).

Battle of Jakku is a free package of two maps (Graveyard of Giants and Goazan Badlands) and (as the trailer would have it) “one epic mode” called ‘Turning Point’. You can read more about this 40-player mode over this way. The trailer is below. It has PlayStation branding, but all of this stuff applies to the PC version too.

Interviewing Illwinter: The Creators of Dominions and Conquest of Elysium