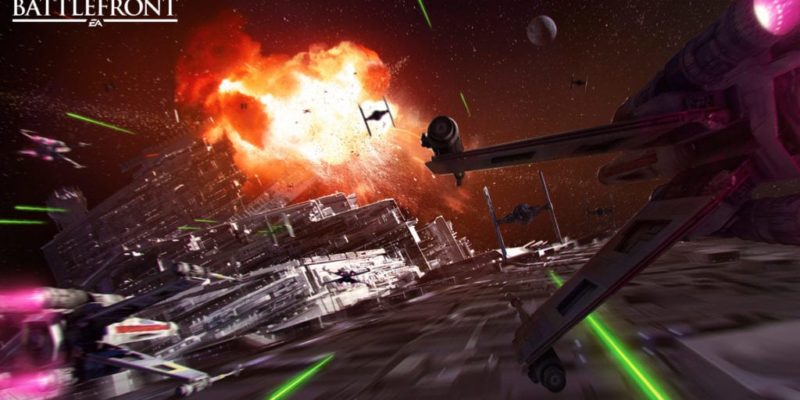 The upcoming Death Star DLC for Star Wars: Battlefront will feature a Battle Station game mode in which X-Wings and TIE Fighters clash in space. This three-phase fight concludes with the Rebel forces attempting to blow up the titular Death Star.

In the first phase, X-Wings and A-Wings will dogfight with TIE Fighters and TIE Interceptors. Rebel players must destroy enough TIE forces to clear a path for Y-Wing support to take a run at a Star Destroyer. The Imperial team, meanwhile, need to defend their Star Destroyer.

Phase two sends players inside the Death Star itself. Here, the Rebels need to extract an important droid (and the Empire need to prevent this from happening). During this phase, Star Wars: Battlefront will enable you to play as new DLC heroes Bossk and Chewbacca.

Finally, the third phase returns to space as the Rebels push to end the Death Star. Rebel players can play as Luke Skywalker in his Red-5 X-Wing, while Imperial forces will deploy Darth Vader in his TIE Advanced.

Star Wars: Battlefront gets the Death Star DLC in September. It’s part of the game’s ‘Season Pass’ but will no doubt be available as a stand-alone as well. “New Star Cards and Blasters” are promised along with the above.