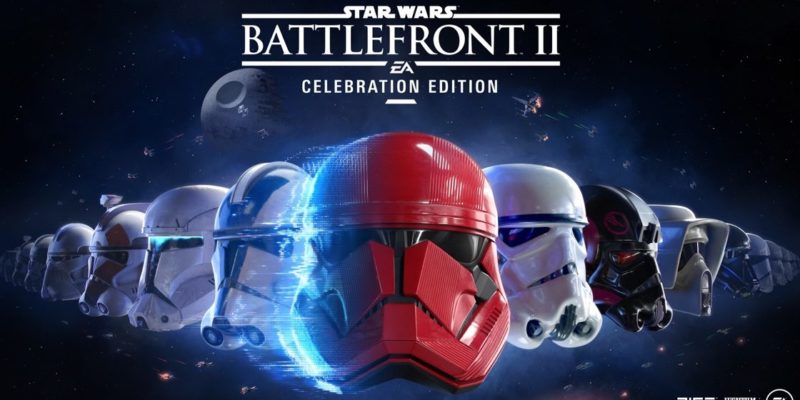 It’s Star Wars season again. You know, that time of year when a new Star Wars movie is looming on the horizon. Fans scramble in the internet trenches, fighting over which movies suck and which ones also suck. Smoke billows out of Disney factories as they rush to make Baby Yoda plushies in time for Christmas. But sometimes you just want to ignore all of that, grab a good blaster, and go shoot some droids. If that’s the case for you, take a look at Star Wars Battlefront II: Celebration Edition. 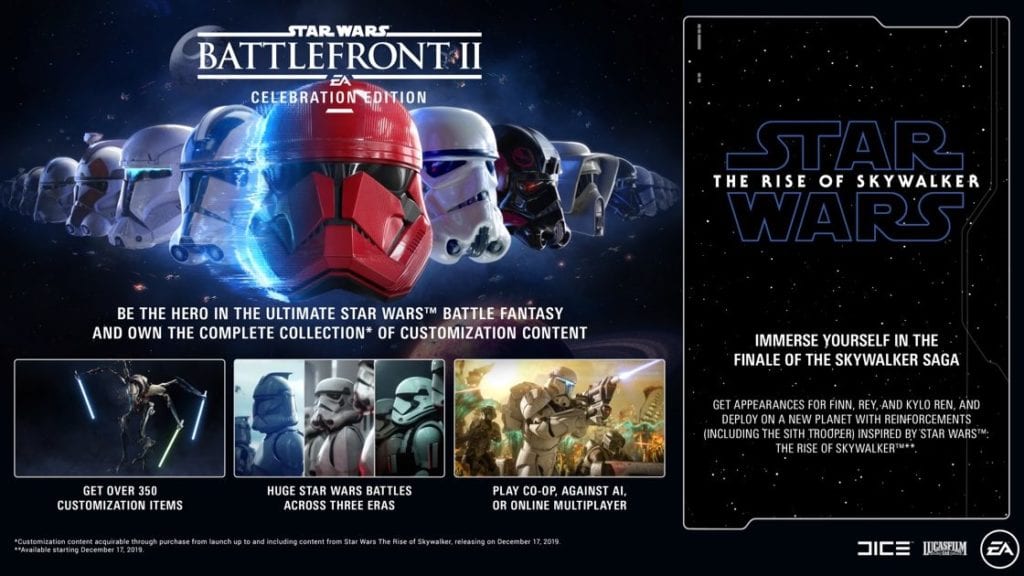 The bundle will include some new content that is being released for free on December 5. This includes the new Appearances for the Clone Commando, BX Command Droid, ARC Trooper, and Droidekas.

The Rise of Skywalker

In addition to the Celebration Edition, a new free update is coming to Battlefront II on December 17. The Rise of Skywalker content update is bringing a lot of new content. A currently unnamed jungle planet will make its way into Co-Op and Heroes vs. Villains mode. (You have to wait until December 20 to visit, though.) New Reinforcements are also on the way. These include the bright red Sith Trooper and a Jet Trooper for the First Order and a Gunner and Spy for the Resistance.

There will be some new Hero Appearances as well. Finn, Rey, and Kylo Ren are each receiving a new appearance based on their looks from The Rise of Skywalker. All of these new skins are unlocked for those who buy Battlefront II: Celebration Edition.

Star Wars Battlefront II: Celebration Edition is $39.99 on Origin. If you already own the base game, you can upgrade for $24.99.

Imperiums: Greek Wars is a 4X game with a mythological twist