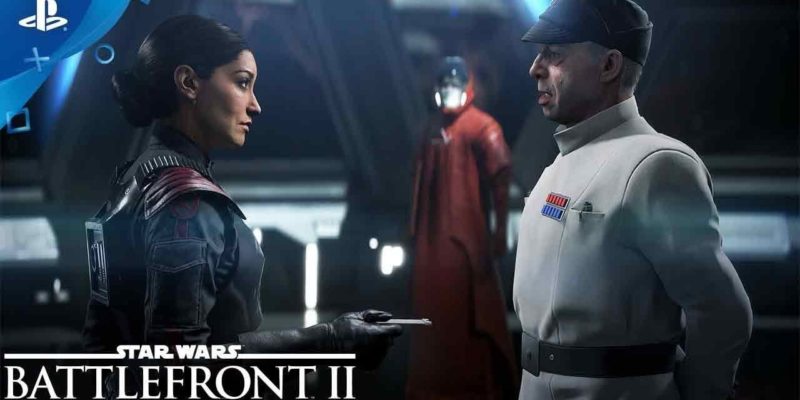 Clocking in at two and a half minutes long, EA Dice unveiled a scene from the beginning of Star Wars Battlefront II’s single-player campaign, as it showcases the protagonist of the game, Iden Versio, and how he hears the news of the Emperor’s death right after Return of the Jedi.

The game’s single-player campaign is one of the most interesting things regarding EA’s upcoming title since the “first” Battlefront title lacked single player content big time.

Star Wars Battlefront II will arrive on November 17, 2017, on PlayStation 4, Xbox One, and PC.

Gamers who will pre-order the game will receive access to The Last Jedi-themed outfits for Kylo Ren and Rey, extra modifiers for special guns and ships, and early access to the game’s beta.

You can take a look at the cutscene below.