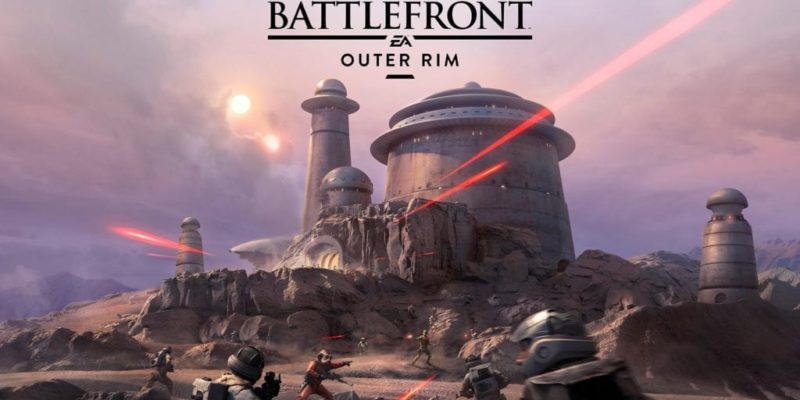 Those who own the Star Wars: Battlefront season pass will be able to play the Outer Rim DLC from 22 March, and this trailer gives an overview of its contents. Outside of the season pass structure, Outer Rim will be sold for $15.00 USD from 5 April.

This add-on will be bringing some new maps (Jabba’s palace on Tatooine, and the industrial factories of Sullust), and new mode of play called Extraction (in which Rebels are trying to ferry resources to transport vessels, and the Empire aims to stop them), plus a couple of playable ‘heroes’ who possibly stretch the definition of that term: Greedo and Nien Nunb. Otherwise known as the guy Han Solo absolutely definitely shot first, and the arms dealer chap whose cheeks are threatening to melt off his face.

Still, according to the trailer Greedo has a move where he can fire at about five people at once, so that’s going to be quite handy. You can also expect more Star Wars: Battlefront weapons (Relby V-10 rifle, DT-12 blaster pistol) and cards.