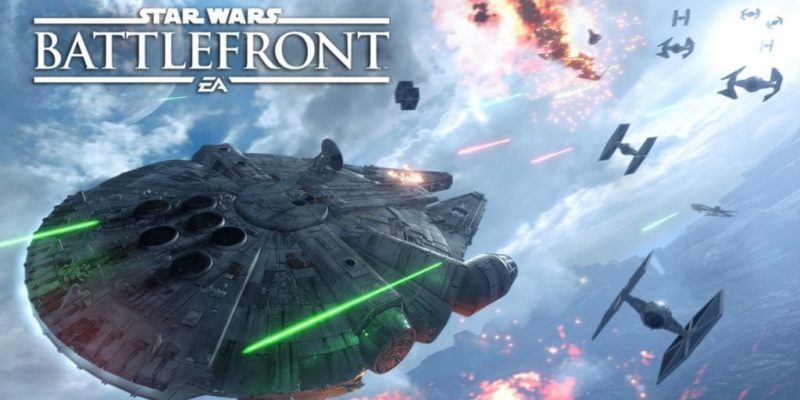 While the open beta for Star Wars Battlefront comes to a close today, DICE has announced three new game modes that will be in the full version of the game: Hero Hunt, Droid Run and Cargo. Also announced was the price tag of future DLC, with a season pass costing $50. The season pass will included all future DLC planned for 2016.
Here is a complete breakdown of the new game modes:
Cargo
Essentially capture the flag, but with cargo crates. “Rebels and Imperials both have a base on the map where valuable cargo is stored. Your objective is to run in to the enemy base, pick up the cargo, and return it to your home base. It’s a classic concept, but we’ve added one twist: you don’t need to have your own cargo in your base in order to bring back the cargo you’ve taken from your enemies. This creates a tug of war experience where you simply need to collect as much cargo as possible.” learn more here.
Droid Run
“There are three active objectives on the map that you need to control. These aren’t just any objectives–what you need to get a hold of are three different GNK droids. What’s particularly charming with these is that they’re all moving and have to be caught before the capture process can start. This creates a more dynamic and action-filled experience.” Learn more here.
Hero Hunt
This is a 7v1 match where one player begins as a hero or villain while the rest are imperial or rebel. If you successfully kill the opposing hero, you will take their place. The most kills to the hero/villain wins. Learn more here.
Today marks the final day to play the Star Wars Battlefront beta on PC, Xbox One and PlayStation 4. Originally scheduled to end on October 12, the open beta has been extended by a day. The full release of the game is slated for November 17.

The Witcher 3: Wild Hunt Hearts of Stone Expansion Out Now Digital Only in North America

By Kevin Foley45 mins ago
Hardware