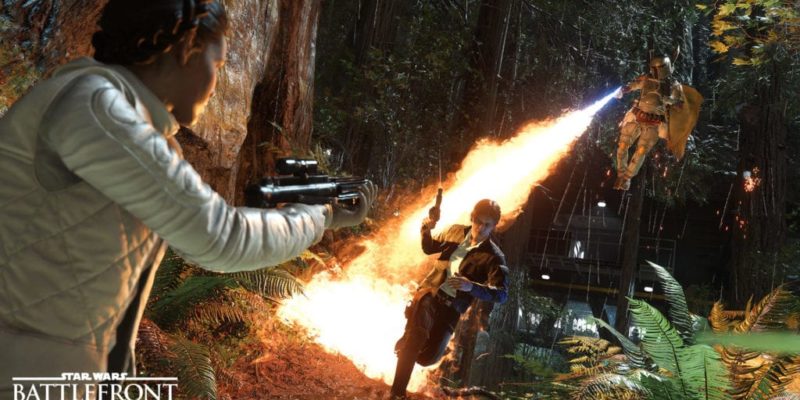 Star Wars: Battlefront has been out for a week not and there’s some news tfrom EA and DICE regarding future content updates.

According to a post from DICE, the first piece of free DLC will be arriving in two weeks called The Battle of Jakku. This free DLC adds two new maps with one containing modes for Walker Assault and Supremacy as well as a new game mode. This update covers events 29 years before the events of Star Wars: The Force Awakens.

DICE sound committed to continuing free DLC updates and state they will be adding “new maps and Star Cards for free in the coming months” on top of Season Pass updates.

Have you taken the plunge with Star Wars: Battlefront? It’s apparently been the biggest Star Wars game launch ever which has no doubt been fueled by the Star Wars movie hype that’s gathering pace.

There has been a lot of discussion as to whether there’s enough of a game here due to the lack of a single player campaign which I have to admit is one reason why it’s not ended on my play list.

Heroes of the Storm Towers of Doom map now playable