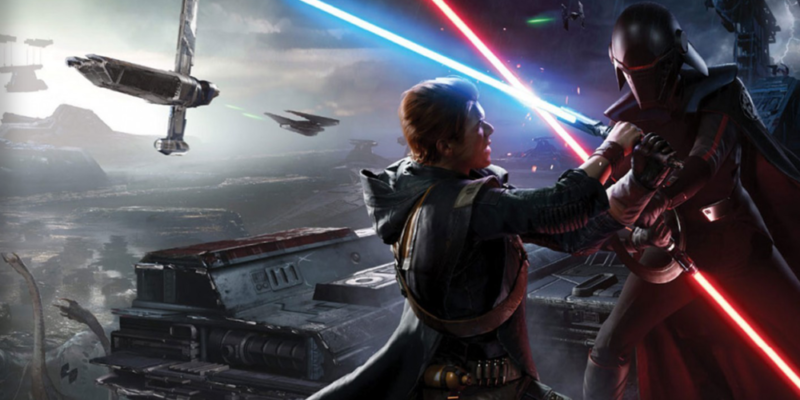 Ever since its release last November, Star Wars Jedi: Fallen Order has become an acclaimed hit with fans and newcomers alike. But making it wasn’t always a smooth process, based on what the game’s director had to say. Stig Asmussen recently stopped by the AIAS Game Maker’s Notebook podcast to talk about the game. And while things did eventually work out between the developers at Respawn and the rights holders at Lucasfilm, it took a lot of conversation.

Lucasfilm did a lot of gatekeeping with Star Wars Jedi: Fallen Order

When Asmussen first suggested a character with Force-based characters, he noted they had a little resistance. “I pitched, ‘Hey, what if we do a game about Jedi and Force powers?’ and they were not super comfortable with that,” he explained. “They threw it back and said, ‘What about blasters and bounty hunters?’”

But Asmussen wasn’t convinced that was the way to go, despite Respawn’s savvy with the Titanfall games. “That’s not the background of the team we’ve built,” he continued. “You might as well ask me and us to start building a racing game at this point. I don’t think anybody’s going to be happy with the results of that.”

Though the two clashed on ideas for a while, with Asmussen even receiving a “hard no” at some points, they eventually settled things with the Star Wars Jedi: Fallen Order we know now. “What I came to learn is, for them, Jedi is the holy grail,” he said. “To make a game about Jedi, you gotta earn it. There was a little bit of a back and forth, but they could see where I was coming from.”

It’s good things settled the way they did, because Star Wars Jedi: Fallen Order is a blast. You can download it from EA Origin or from Steam. Have you learned the ways of the Jedi yet?