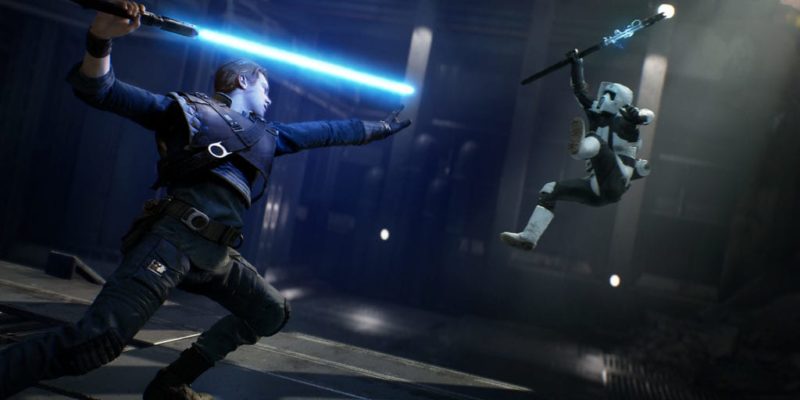 The hotly-anticipated title hits shelves on November 15, but Electronic Arts has announced that there will be no Star Wars Jedi: Fallen Order trial for EA Access members.

As part of the $4.99 monthly subscription, EA Access basic members can enjoy a 10-hour trial of the latest EA titles. Trials begin a week before launch with all progress carrying over into the full game. This has been consistent for recent heavyweights including Anthem and Need for Speed Heat, but it looks like the publisher is putting its foot down for the new Star Wars.

Fans learned of this change on the official EA Access Twitter account which cites spoilers as the reasoning behind the decision. In the place of a 10-hour trial, basic members unlock exclusive cosmetics if they do decide to take advantage of their 10% discount. According to the images, there appears to be one skin for BD-1 and another for the ship. Those paying for the $19.99 EA Access Premier subscription will still have access to the full game upon release.

Star Wars #JediFallenOrder launches this week! #EAAccess members get 10% off the game.

We've opted not to have early/timed access (Play First Trial), in part to reduce the risk of spoilers. Instead, EA Access members get these exclusive cosmetics!https://t.co/UQ1ZKzOvnh pic.twitter.com/tRV7rQjnQb

A disturbance in the force

Star Wars Jedi: Fallen Order is one of the biggest games of the year. More importantly, it’s a single-player game. A 10-hour taste test is 10 hours too long for Electronic Arts, especially for a game with no multiplayer nor microtransactions. Some fans speculate that this move could also be an attempt to hide the game’s sub-optimal length. News that there will be no pre-release reviews also bolsters that theory.

With the talented team at Respawn behind the ambitious game, it’s hard to imagine fans will be walking away too disappointed, however. Star Wars Jedi: Fallen Order consists of a multitude of planets, each one supposedly taking at least 2-3 hours to complete. Respawn also cites The Legend of Zelda: Wind Waker and Dark Souls as its main inspirations — two phenomenal games with plenty of exploration.

Fans will know for certain if the game is for them when it releases this Friday.