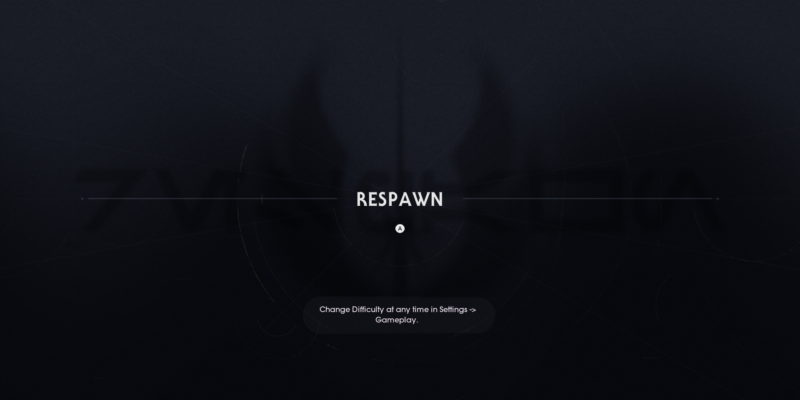 Ah, the Oggdo Bogdo, the bar-setter, the warty hurdle, the three-eyed terror. Nothing could have caught me so off guard in Star Wars Jedi: Fallen Order as this alien amphibian behemoth. Well, technically speaking, I suppose Cal would be the alien in this scenario. Regardless, many players were surprised when they stumbled upon this massive frog-like monster boss. The Oggdo Bogdo is the first great test in Fallen Order. It is where pride came before the fall, where curiosity went to die.

It is also probably the only actual challenging boss fight in the first part of Fallen Order. At least, it is for a couple reasons. It’s completely possible for you to defeat this boss without getting health stims first. However, I feel most people will likely return to the fight after BD-1 gains the ability to heal you. The second reason for its challenge is that it is such an early boss battle, and it takes more dodging and memorization than what’s necessary against Stormtroopers.

You see, Bogano is what you call a tutorial planet. It’s the first piece of terra firma to grace your space boots not long after the opening act where Cal is liberated. You can run unassumingly straight into this boss battle before even realizing your innocent mistake.

You’ll find Oggdo Bogdo not long after meeting BD-1. Normally, the little droid asks that you follow it as part of the tutorial process. However, if you’re like me and get too curious for your own good, a path leading to the right of a locked door seems too interesting to ignore. Walking down that way, and then over a series of pipes, will lead you to a pitch-black cave. This should have been your first warning. But you ignored it and now you know what the respawn screen looks like. 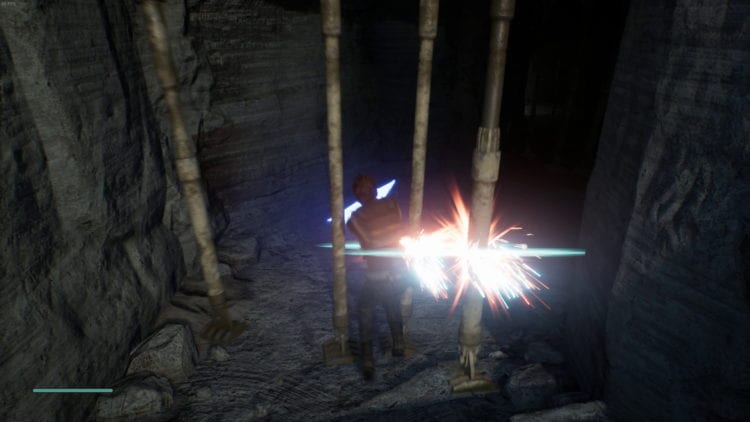 The path to damnation takes but a single step.

As mentioned, the Oggdo Bogdo can be defeated without stim packs. However, if you’re keen on proving your mettle for the sake of no one in particular (maybe your mom), defeating the boss can be done with some quick, easy steps.

Taking down the Oggdo Bogdo takes timing and memorization. It has a quick bite attack that can be easily exploited. All you need to do is go in close, wait for it to get up on its hind legs to ready the strike, then dodge the moment before it comes down. Hit the attack button a couple times after that, then rinse and repeat. 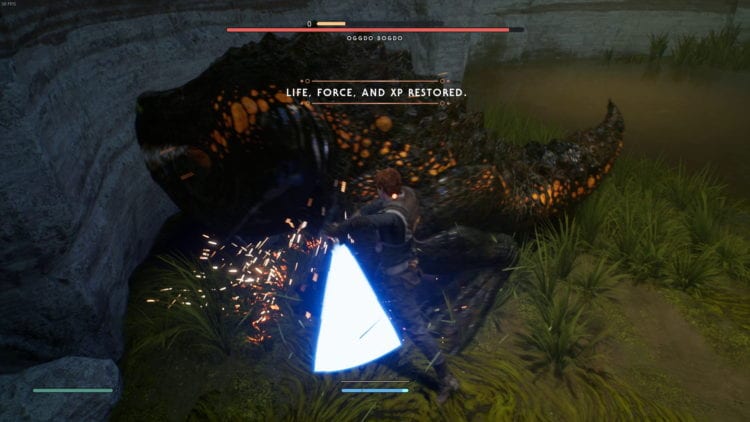 Right here is the sweet spot.

There are attacks more difficult to avoid. When the boss flashes red, it’s getting ready for an unblockable attack. These come in three flavors: a massive bite, a ground pound, and tongue lash. The bite itself is likely the hardest one to avoid, especially since the boss can pivot to finish the animation — as if its warty ass was sitting on a lazy Susan. But if you count to two and then dodge, you should be able to get out without a scratch, allowing you to take a few more whacks at it. The other two are much easier to avoid. With the tongue lash, you can even do a good ol’ fashioned Dark Souls retreat and put some distance between you and the boss.

Again, Oggdo Bogdo is much easier to tackle once you go through the tutorial paces. Having a couple health stims in your toolkit is such a necessary boon that you may even be able to beat the boss in one try after getting them. But if you live your life by the “I’ll Make a Man Out of You” song from Disney’s Mulan, you should still be able to win by following the aforementioned steps. Enjoy those well-earned frog legs, my dear padawans.

Fortnite will soon have DirectX 12 support