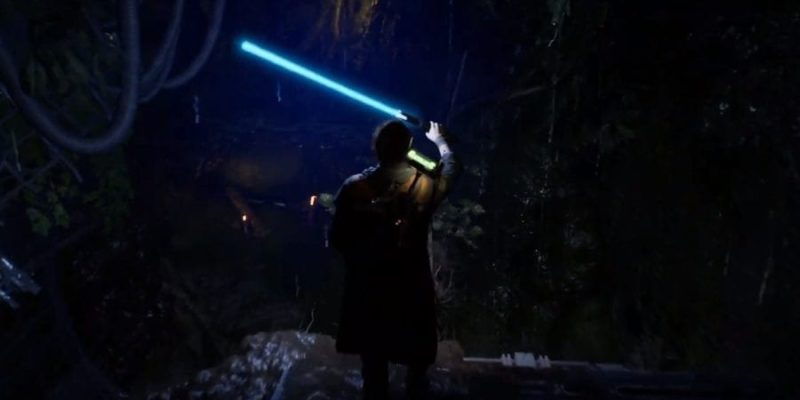 Electronic Arts kicked things off today for the Electronic Entertainment Expo (E3) with its EA Play presentation. During the presentation, Respawn Entertainment was first up to bat, detailing more on its upcoming Star Wars Jedi: Fallen Order. The event showed off our first look at the title’s gameplay, which is now confirmed to take a third-person view.

The gameplay slice that was showcased took place about three hours into Jedi: Fallen Order. Cal Kestis is on a mission on the Wookiee homeworld of Kashyyyk to help free the imprisoned Wookiees there. We saw plenty of lightsaber action, mixed with climbing abilities and also the use of smaller noticeable mechanics, like a flipping double jump. We also saw Cal use small bits of the Force — specifically, throwing his lightsaber and then having it boomerang back to him, and some Force Grabs as he latched on to enemy Stormtroopers. And of course, what would a Respawn Entertainment game be without some wall running?

It looks like the game will have its ties to the movie Star Wars: Rogue One. Early in the footage, we got to see one of Rogue One‘s major characters, Saw Gererra, who was played by Forest Whitaker, seemingly reprise his role in Jedi Fallen Order. During the 15-minutes of gameplay, Saw follows Cal and assists in the mission at hand. 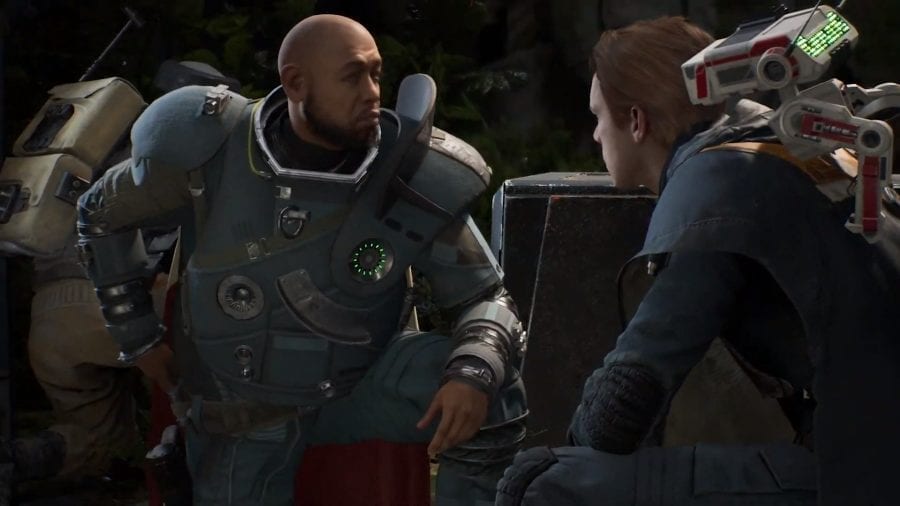 Star Wars Jedi: Fallen Order will release November 15. As it stands right now, the game will release on PC, PlayStation 4, and Xbox One.

What were your thoughts when watching the reveal for Star Wars Jedi: Fallen Order? If you weren’t excited about the game before, did the gameplay reveal change your mind? And, if you were, is your hype level still the same after seeing the gameplay? Let us know in the comments below.