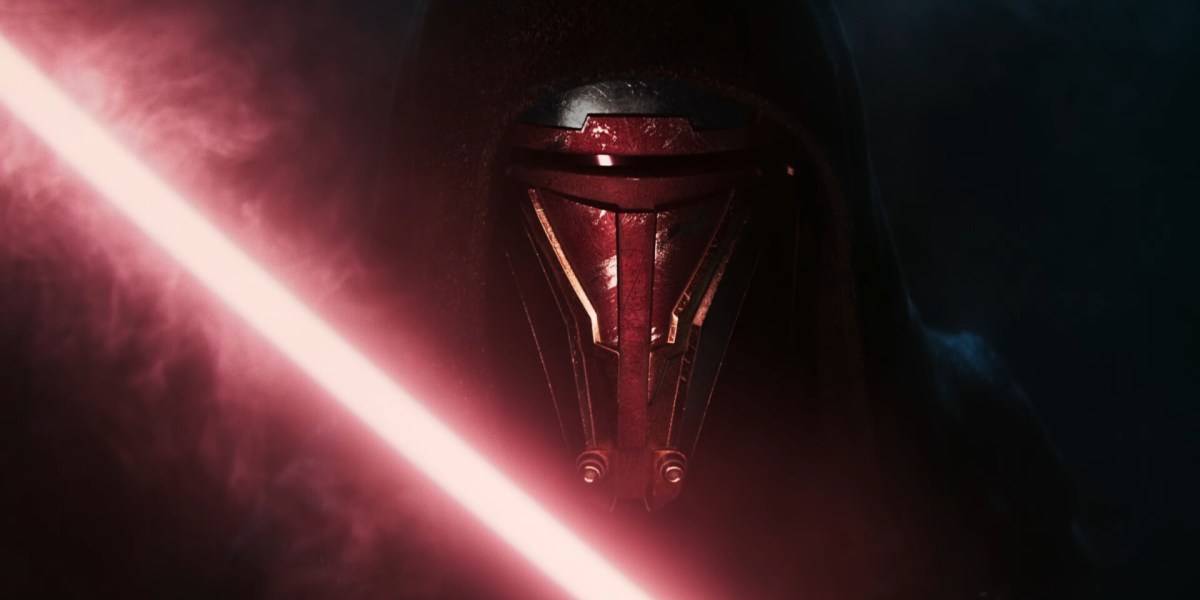 Well, it’s official. Star Wars: Knights of the Old Republic is getting a remake for PC. A teaser trailer was dropped like a bang earlier today during the PlayStation Showcase 2021, briefly showing a much higher resolution look at Darth Revan. Seriously, it’s hard for KOTOR fans not to mistake that iconic helmet. And I can’t wait to see it again in remade glory.

Sony has a habit of presenting games as only coming to its consoles during these shows. However, in a blog post by Aspyr Media’s Ryan Treadwell (lead producer), he wrote: “We’re rebuilding one of the greatest RPGs of all time for a new generation with modern tech, features, visuals and more, while maintaining the integrity of the story and characters that we’ve come to cherish. And it’s a console exclusive on PlayStation 5 at launch.”

Star Wars: Knights of the Old Republic Remake is a console exclusive at launch, suggesting it’ll be on other platforms some time after. However, we now know that it will be aimed at both the PlayStation 5 and PC. As I was writing this up, Lucasfilm Games confirmed the game will show up on PC and Sony’s console, likely at the same time — though that latter part is my own speculation.

Star Wars: Knights of the Old Republic Remake will be on PC. Sadly, we don’t yet know when. Considering the trailer only teases the game, I expect we won’t finally have it in our greedy hands until at least late next year. And that’s just me being hopeful. I won’t be surprised if the game is scheduled for a launch in 2023, or even early 2024.

The game is in development by Aspyr Media. Back in April, it was rumored that the company was behind it — as reported by Bloomberg’s Jason Schreier. Aspyr made its name as a developer porting games to other platforms, such as PC. Most recently, it remastered Stubbs the Zombie. Its pick for the KOTOR remake is a peculiar one, but Lucasfilm clearly has faith in the company to do it right.

“We’ve been working closely with Lucasfilm Games on classic Star Wars games for years, and that experience has instilled in our team a deep love and respect for these timeless titles, as well as a unique perspective on how to carry them forward into the modern age,” Treadwell wrote. “We’re proud to be collaborating with Sony Interactive Entertainment and Lucasfilm Games to bring this dream to life.”

Uncharted: Legacy of Thieves Collection comes to PC in 2022