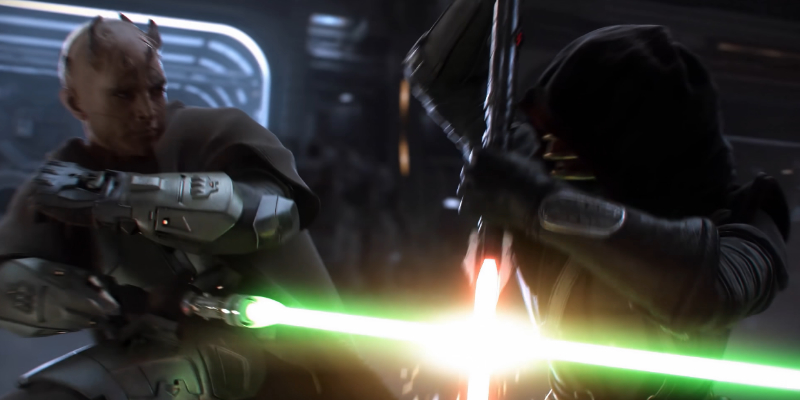 The report was broken by Jason Schreier, an established reporter for Bloomberg. According to Schreier, the developer “abruptly fired two directors this month” before telling staff that the single-player Star Wars game is being put on the back burner. Aspyr is expected to pursue new contract details, although those familiar with the project told Schreier they were not authorized to speak publicly about the situation.

In the Bloomberg report, Schreier details various issues throughout the game’s development. Some employees at Aspyr have apparently expressed frustration that progress on the game wasn’t going as expected. This is thought to have played a role in the decision to indefinitely delay the Knights of the Old Republic remake.

NEWS: The Star Wars Knights of the Old Republic remake is indefinitely delayed, Bloomberg has learned. Developer Aspyr abruptly fired two directors this month and told staff that the project is on pause as it tries to figure out what comes next. https://t.co/3NUlKkenR6

Not all doom and gloom

This is could be a sad day for Star Wars fans. Since Electronic Arts got the right to publish Star Wars games, the focus for the series was primarily multiplayer titles. A lot of Star Wars fans wanted more quality single-player experiences, something a KOTOR remake could have delivered. The Star Wars: Knights of the Old Republic remake was revealed during the PlayStation Showcase last September.

Despite the (possibly) sad news, there is a positive spin to all this. Apex Legends developer Respawn Entertainment is working on a sequel to 2020’s Jedi: Fallen Order. It looks to be more action-focused than Knights of the Old Republic was, but the original was still well received. Hopefully, the sequel lives up to expectations and continues the trend of new, exciting single-player Star Wars games into the future.