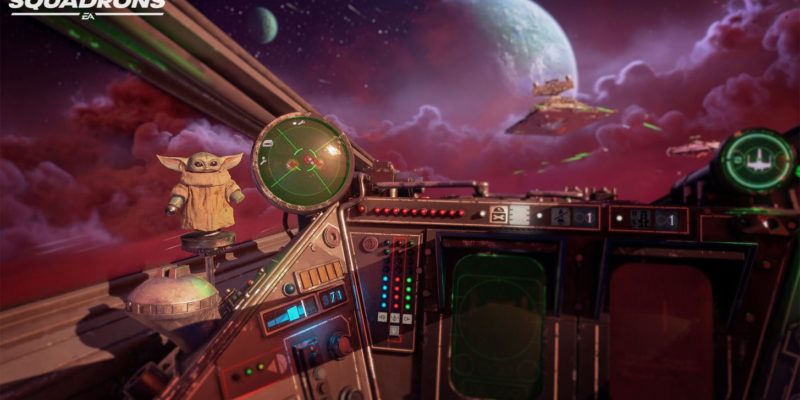 EA had seemingly turned over a new leaf with the release of Stars Wars: Squadrons. The EA Motive game was developed with no additional content in mind, which meant that the game was essentially feature complete the moment it launched. That definitely pleased many players, considering the other nature of EA’s big hitters. However, that promise has been broken, albeit in a less egregious way. A surprise content update is coming to the space shooter, as the Star Wars: Squadrons Mandalorian update will drop this October 28.

Designed to help promote the second season of the Disney+ series, players can look forward to a few new items. They include one hologram, decal, dashboard flair, and hanging flair for each of the Imperial and New Republic factions. That totals up to eight items for the new update. 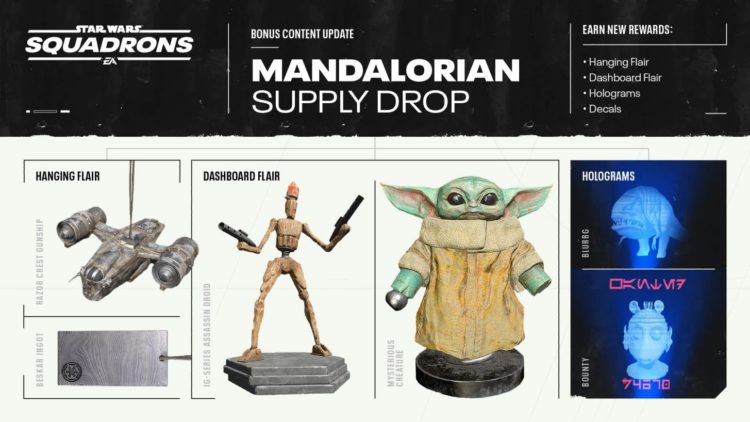 For those wondering, the adorable being known as The Child is here as well. New Republic fighters will definitely have a better time with the little fella by your side. As for the Imperials, you can have the IG-series assassin droid as your companion instead. Either way, your dashboard will look a little more updated following these additions.

The best part of this Star Wars: Squadrons Mandalorian update is that it is free. It comes just less than three weeks after EA Motive revealed their stance on the development of the game. It should be looked at as what it is — a free update that is meant as a promotional effort for something else in the Star Wars universe. Whether you care to unlock the additional content is entirely up to you. In fact, EA could have just added the content without saying a word. Alas, the marketing machine needs to run its course. Despite what we think of EA, perhaps this will be a watershed moment. Fingers crossed.