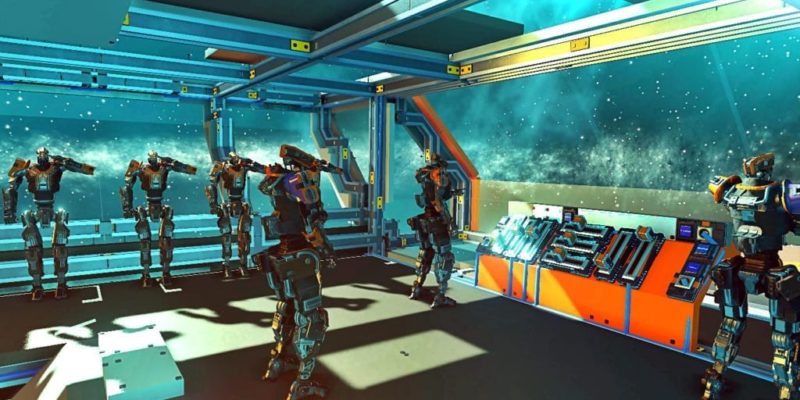 The world of sandbox gaming has picked up a lot of steam over the years. Thanks to hits such as Minecraft, the appeal of the genre has become clear. Being able to freely build your own creations with minimal restriction allows gamers to unleash their creativity and channel it in truly remarkable ways. While most sandbox games have traditionally taken place on land, Frozenbyte’s Starbase whisks gamers away to the ultimate frontier for sandbox gaming: space. In a marriage of Minecraft building and space MMOs such as Eve Online, this upcoming space title also offers a lot of innovative features, such as its own programming language.

Build a base from scratch with friends in Starbase

Starbase promises gameplay involving thousands of other players who can join factions. Two major factions, the Empire and the Kingdom, are at war. The Empire faction initially owns the majority of the galaxy’s space stations, with the Kingdom serving as the rebels of this space title. In addition to building bases — where you start from a single bolt and work your way up — players can also join in on this war.

Frozenbyte also assures gamers that they can also form their own factions to rise up and challenge the dominant default factions for territory. And if warfare isn’t your drug of choice, fret not. There are plenty of other ways to play Starbase, from mining asteroids and trading among fellow players to just exploring the galaxy. The game’s built-in insurance system ensures that you can explore the endless territory of the space MMO without having to fear lasting consequences. 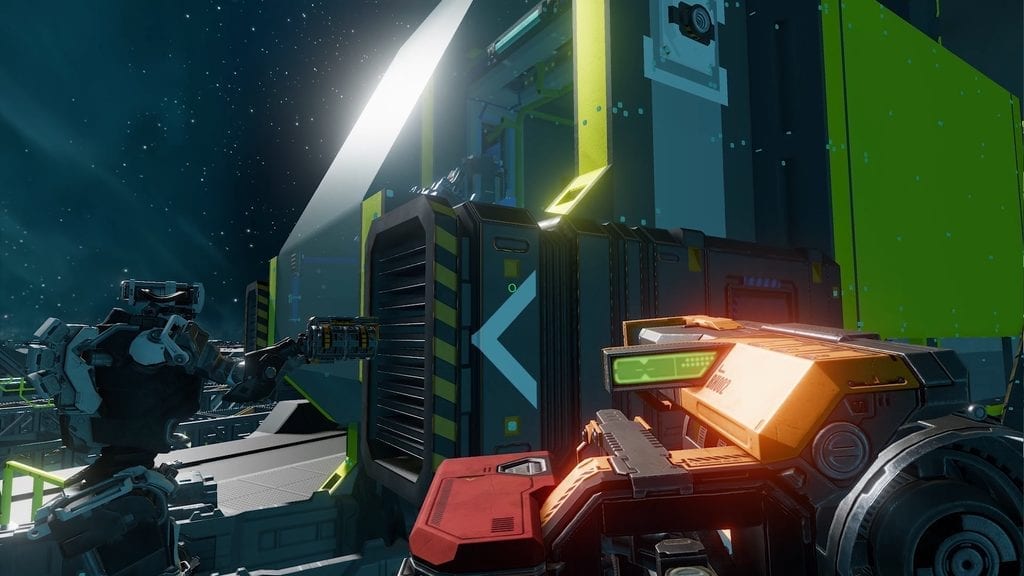 Create or destroy, the choice is yours!

One of the essential elements of more successful sandbox games is a fully destructible environment. Offering both fracture and voxel damage, Starbase shines in this regard. Everything in this game can be either dismantled or outright destroyed, depending on which weapons or tools you use for the job. In addition to a fine-tuned, custom-made physics engine, players will also have to build wisely. They not only fear possible damage from warring factions or rogue players, but they also have a durability issue.

Both structure-based and elemental factors are present in gauging the durability of ships and space stations. This ensures complicated, nuanced gameplay for sandbox and space MMO fans alike. On top of these features, one of the newly-announced aspects of Starbase is generating a lot of buzz. In a set above its genre, the game also has its own programming language.

If you’re a programmer, chances are Starbase will give you an edge. Frozenbyte is introducing its very own programming language, called YOLOL. This language, inspired by existing object-oriented programming languages such as C++ and Java, controls many aspects of Starbase‘s gameplay. From variables and operators to ‘if’ statements, Starbase could also offer a great opportunity to get into coding. Upon mastering this language, players will understand the basic concepts of programming, which could offer an exciting learning aspect to the game. Gamification has become a proven method of learning among students both young and old.

The language is used to manage most of Starbase‘s devices, which include automatic doors, robotic arms, and tractor beams. Automation is also a main feature in YOLOL, with entire factories and ships being powered by the versatile language. Players write the code on chips they can program and then place them into chip sockets. These sockets serve to relay the aforementioned code to the device they’re attached to.

Mastering YOLOL is a central factor in getting the most out of Starbase. With such extensive build features and its own programming language on top, the possibilities are endless. If programming seems daunting, however, never fear. There’s still a ton of different things to do in Starbase that require zero programming whatsoever. 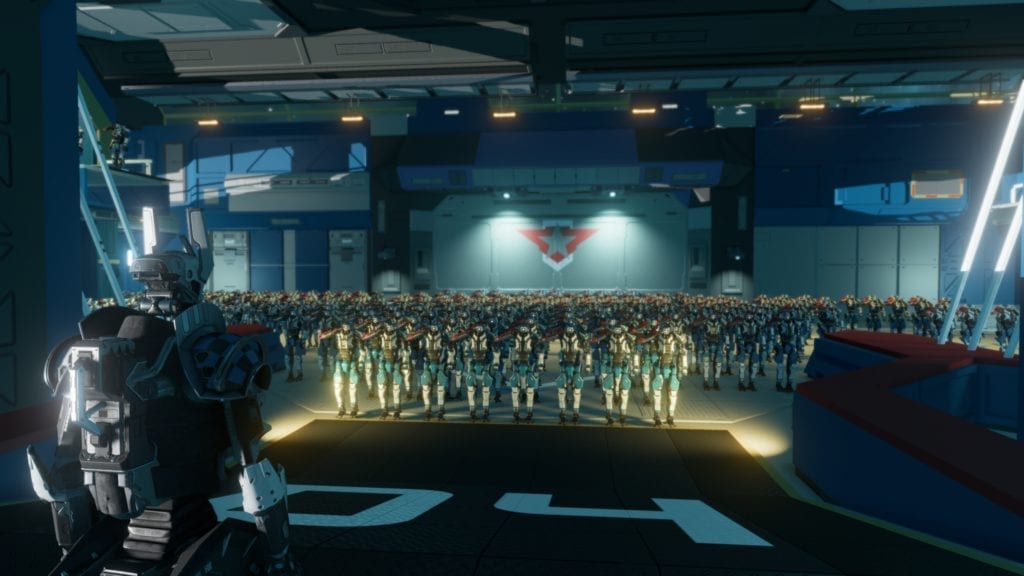 Starbase is coming to early access later on this year, getting players in on the action from the beginning.

Frozenbyte has stated that they need the community’s help to make this spacebox (that’s a word now) dream a reality. Early access will consist of populating a new galaxy with players and gauging feedback. Players can dive in and start exploring from a single base, called the Mega Station. This station lies in orbit around a single planet, with exploration outward being a main feature. Home stations, spaceships, and resource allocation will be fully functional upon early access’ launch, making the main selling features of this ambitious MMO accessible from the start.

Players who join early access will be the first pioneers in Starbase. Their creations and colonizations will be the first content other players will encounter upon the launch of the full version. Frozenbyte intends on early access lasting at least several years, with a major feature update planned on a monthly basis. Starbase‘s full version will simply offer more content, from ships and planets to weaponry and tools. The developers plan on releasing a full roadmap after they receive player feedback. For that to happen, they need as many players for early access as possible. 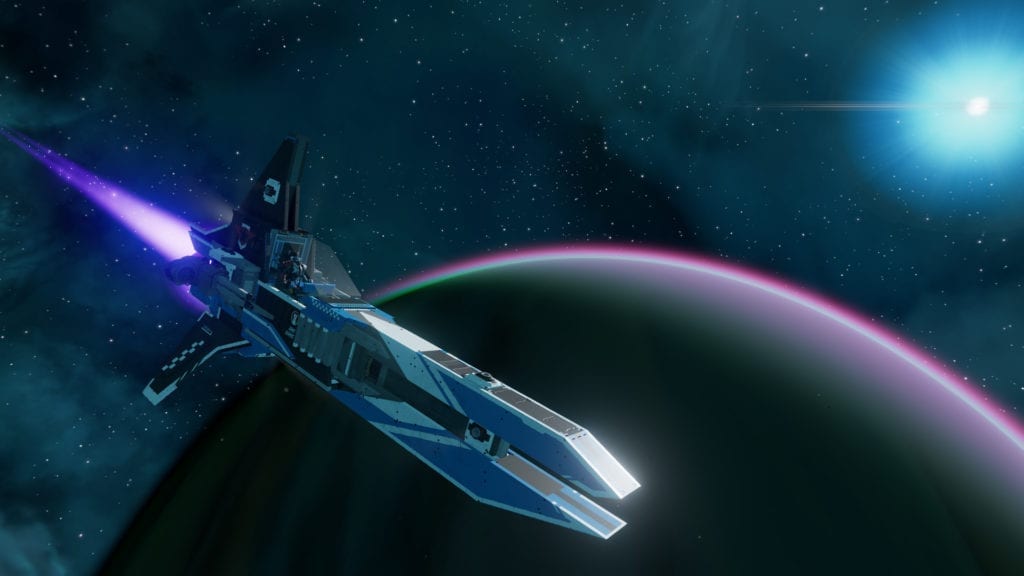 Community input will be essential in making Starbase a hit.

The developers of Starbase have stated that development will be entirely focused on the early access community’s progression. From player-made spaceships and stations to exploration, Frozenbyte intends to let players help drive development. Community achievement will be crucial in shaping what features the Starbase devs focus on. With its own programming language available during early access as well, there are a lot of different elements Frozenbyte needs feedback on.

Gamers can follow Starbase on their Twitch, as well as join the official Discord to answer questions about the gameplay, features, and more. While pricing and an exact launch date haven’t been specified yet, Starbase can be added to your Steam wishlist for when it becomes available later on this year. For players craving a complex, vast and unique experience, Starbase looks very exciting.

Are you looking forward to Starbase? Will you join early access? Feel free to let us know in the comments.

Trials of Mana updates a classic for the 2020s on PC

Get Enter The Gungeon for free on the Epic Games Store