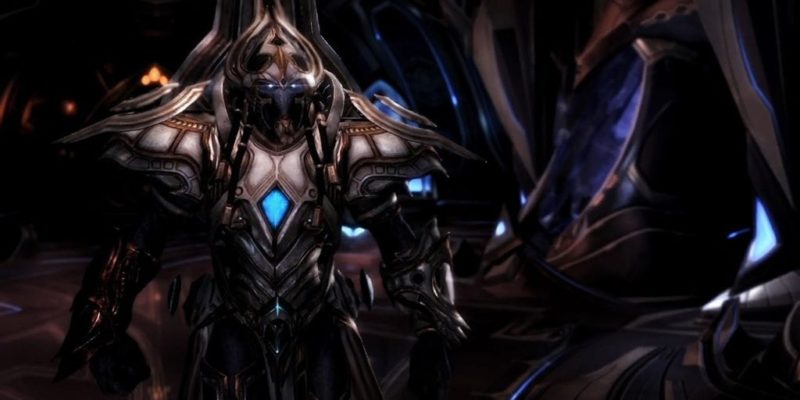 Other than Heroes of the Storm, Blizzard took a bit of time to chat about StarCraft 2: Legacy of the Void in the PC Gaming Show.

Mostly, this was about a new trailer for something called Whispers of Oblivion, which – it turns out – is a free, three-mission mini-campaign bridging the gap between Heart of the Swarm and Legacy of the Void.

Whispers of Oblivion follows Zeratul as he unearths the Xel’naga prophecy, and might also look towards the Protoss’ retaking of Aiur. As mentioned, it’ll be free (although the exact words were “free to all players”, which might mean free to everybody, or might mean free to everybody who’s got one of the Starcraft 2 games) but if you want it soonest, you’ll have to pre-order Legacy of the Void, because that provides early access.

You can check out the reveal trailer for StarCraft 2: Whispers of Oblivion below.