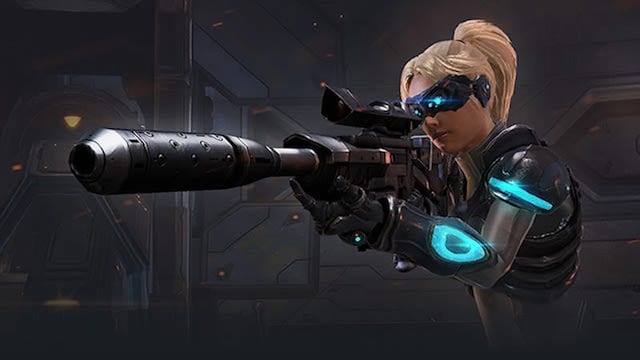 Just in case you’re not familiar with its history, StarCraft: Ghost is one of the more infamous canceled projects out there. It planned to take a different path from the traditional StarCraft games, going for more of a third-person shooter vibe. But before it could make its way to release, Blizzard scuttled it, possibly due to lack of interest.

The first info on the leak came from Museum of Play curator Andrew Borman, who posted the following screenshots.

Who would have thought a month ago that Starcraft Ghost would leak in some form? pic.twitter.com/24wCp4XBsE

Several gameplay videos have also begun appearing online, though Blizzard has successfully taken a few down. The one below, however, remains. It shows just how good the build is, despite a few bugs.

A follow-up report from Kotaku suggests that the build came from an Xbox SDK making its way online. Several users have reported that they have managed to get it working on Xbox 360s, but only those with mod support. No word yet on what steps they took to make this happen, but they appear to be intact.

Can we get the Ghost back?

There’s no word on if Blizzard intends to revisit this title down the road, possibly with a new approach to appeal to StarCraft fans. It’d be novel, especially with the buzz that StarCraft: Ghost has gotten with this unexpected leak. The company hasn’t said anything at the moment, so we’re in a “wait and see” phase.

In the meantime, those curious to see what the build is about can do some digging online. It’s sure to be a hit with some players, especially those that want to see what could have been. Maybe one day, this Ghost will reappear for all to see. For now, though, it’ll just linger on a few select consoles and YouTube videos.