Stardew Valley‘s 1.4 update, dubbed the “Everything” update, has been teased for a while. Now it’s finally in our hot little hands, and I can confirm that “everything” is a good description for the additions.

As a quick version of what’s included: new buildings, new items, new systems, new character events. There are plenty of quality-of-life changes. Additionally, there’s a new farm map for those starting over, and events should now be skippable so restarting may not be as much of a pain. Most importantly, Junimo Kart is apparently now fun. What sorcery is this? 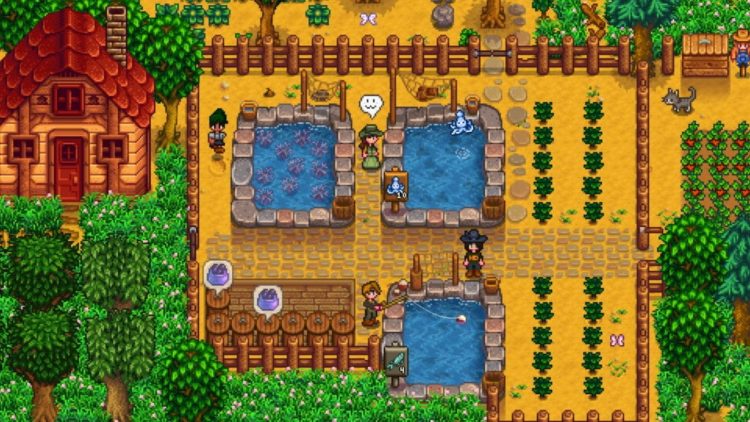 At least one of my friends is more excited by the prospect of fish ponds than anything else in this update.

I’m going to try to avoid talking about the bigger, more spoiler-y changes. Instead, let’s focus on the lighter version.

If I can count correctly, there are 256 new cosmetic items (spread across hairstyles, shirts, etc.) so you can play Stardew Valley Fashion Edition to your heart’s content. There are 60 new items, some of which are for fun while others will help a lot. Fish Ponds are apparently the only new building that doesn’t count as a spoiler; this lets you raise fish and harvest items from them. You’ll be able to follow a new upgrade track at Clint’s place. And, of course, there are new character events and subplots, including a few hidden ones. If nothing else, expect a 14-heart event for your spouse.

Oh, and if you’re not into the married life? You may be able to get yourself a roommate. 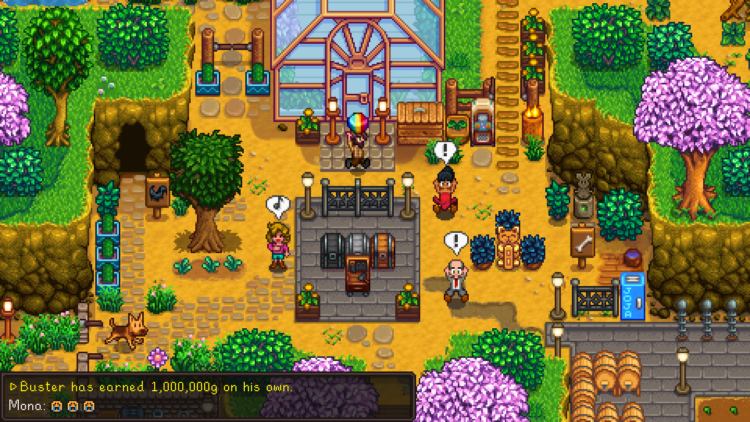 I can see a new item or two here, at the center of the Four Corners map.

A fair few changes are aimed at multiplayer. The new map, Four Corners, is very much a co-op map. As the name implies, it’s divided into four parcels of land so every co-op player can take one or two for themselves and do their own thing. Each apparently also has its own “perk”, so I’m guessing that each section is focused more on a particular playstyle. You don’t need friends for this, though. If you like, you can play on it by yourself. I mean, I’m not your parent.

Multiplayer Stardew farmers no longer need to share money, either. You can opt to instead split the current finances between all players, and have them gain or spend cash on their own. Additionally, there’s synchronization for a whole lot of things across multiplayer: player luck, trains, bulletin board quests, and more.

There’s honestly too much to go over in quick detail here, especially while remaining spoiler free. The spoiler-y changelog above is, after all, around 20 pages of bullet points. The short version is that there’s a lot of new stuff with plenty of item reworks and additions to pretty much every part of farm life, as well as a whole bunch of bug fixes. There’s a lot to explore, and I look forward to exploring it myself.

Stardew Valley 1.4 is out now for Windows, Mac, and Linux, and should download automatically if you have it on Steam. Speaking of which: there’s a Steam sale on, so if you don’t have this excellent farming game, you can pick it up for cheap right now.