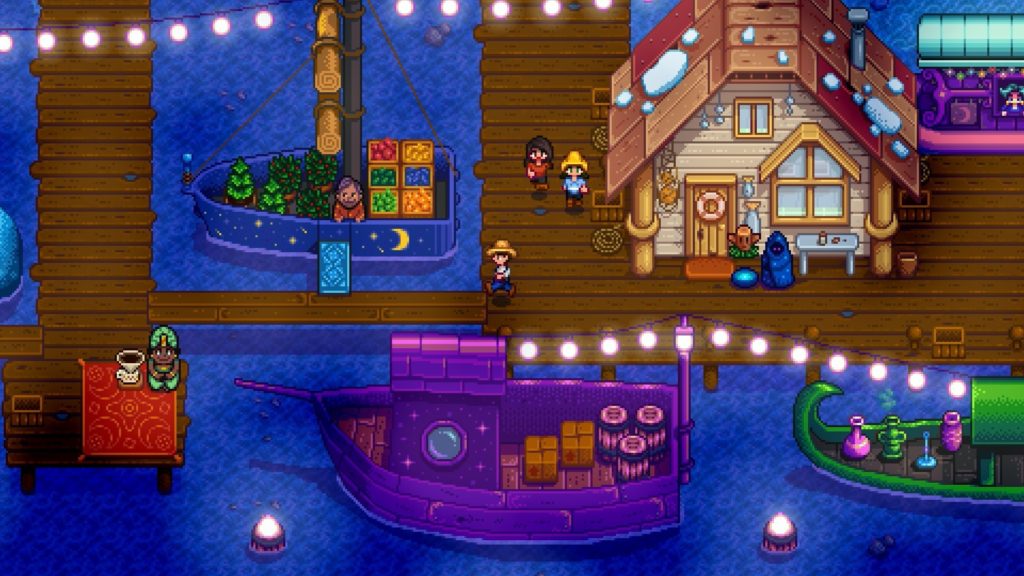 Stardew Valley has had quite an impact on the indie scene. The relaxing and lighthearted farming simulator has delighted fans for the past eight years. This past January, the developer, ConcernedApe, confirmed that the title has sold over 10 million copies. While this is quite a feat for a one-man studio, we can only speculate as to what lies ahead for ConcernedApe’s upcoming games. Today, we received confirmation that the Stardew Valley creator has two projects currently in the works.

Yes, I'm actually working on a couple of new projects. One takes place in the world of Stardew Valley, but is not a farming game. The other, I'm not 100% sure about the world yet, but it will tie into Stardew Valley in some way

ConcernedApe has continually supplied updates and fixes since Stardew Valley‘s release. We eventually received the multiplayer update, which added co-op play to the game. And recently, we saw the addition of update 1.4, which added a slew of new content. Now, we can expect two more games from ConcernedApe in the future.

“Please don’t get too hyped at this stage”

ConcernedApe’s Eric Barone was quick to follow up on his original Tweet. Apparently, the creator doesn’t want fans getting over-hyped. While there’s no doubt that he’s working towards something new, Barone asks that Stardew Valley fans keep their expectations in check.

I'm not setting out to make the next indie smash hit, I just want to make another game that I enjoy and am happy with. And to share some of my art & ideas with the world. If it becomes popular, I will be happy, but it's not my focus

Moreover, he doesn’t seem to be concerned about popularity at this point. In some ways, that’s certainly a good thing. I would imagine that Barone got to where he is now by following his gut. If we can expect just that from his next project, then I’m all the happier for it.

With all of that said, for now, we only have confirmation that ConcernedApe is working on, well… something. We have no release dates, no specified genre, and no official word as to how these games are tied to Stardew Valley.

In the above tweet, he also explicitly states his desire for people to avoid speculation. As a fan of Stardew Valley, it’s hard not to speculate, but I’m going to try and be patient for Barone’s next project. After all, I’m confident that it’ll be true to his vision. I may not be speculating, but I am certainly eager to see what he’s got coming.