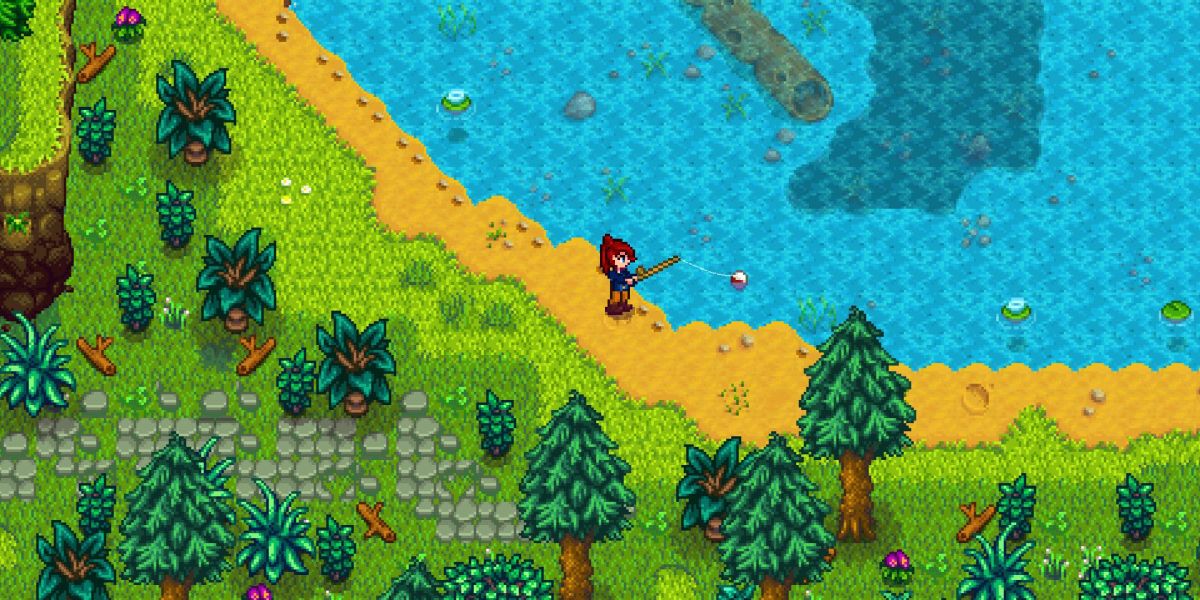 It’s the start of a new month, which means the Xbox Game Pass is getting a slew of new games in the coming two weeks. Last month, we got two waves of eight games each. However, Xbox Game Pass for PC in December 2021 is starting with 11, including Halo Infinite and the beloved indie hit, Stardew Valley.

Stardew Valley was teased for Game Pass way back in August, but no release date was known at the time. Well, now we know. The game is heading to the service on December 2, which is… tomorrow. If you’ve been waiting to try out ConcernedApe’s farming masterpiece, you’ll be able to download it very soon. Coming to Game Pass at last does feel like a fond, final chapter in the game’s life, as ConcernedApe has since moved on to a new project: Haunted Chocolatier.

But that’s just one game out of the pile. An obvious addition is Halo Infinite, which we have known was coming to the service for a good, long while. The game will be available as a day one launch title on December 8. Before that, though, on December 2 we have a whopping seven games dropping — including Stardew Valley, as mentioned. Those include ANVIL, Archvale, Final Fantasy XIII-2, Lawn Mowing Simulator, Rubber Bandits, and Warhammer 40,000: Battlesector. On December 7, Space Warlord Organ Trading Simulator lands on the service. One Piece Pirate Warriors 4 will show up on December 9, and Aliens: Fireteam Elite and Among Us will show up on December 14. 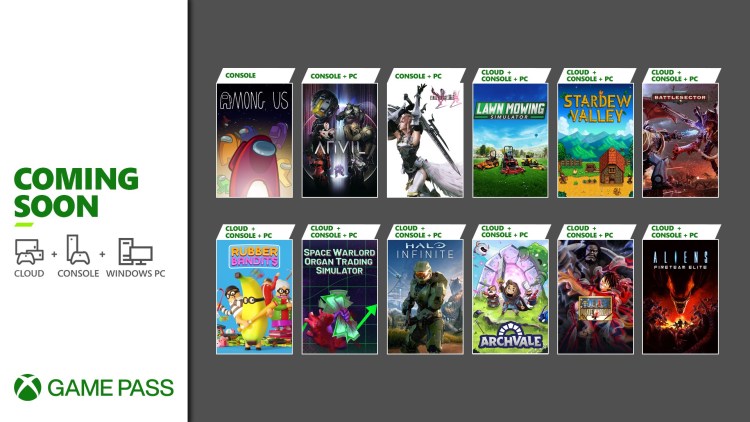 Of course, we also have to acknowledge the games leaving the service this month. Six games are taking a hike on December 15. Those leaving the service are Beholder, The Dark Pictures: Man of Medan, Guacamelee! 2, Wilmot’s Warehouse, Unto The End, and Yooka-Laylee and the Impossible Lair. You’ll have two weeks to play and/or finish these games, so you better hop to it if you’re interested.