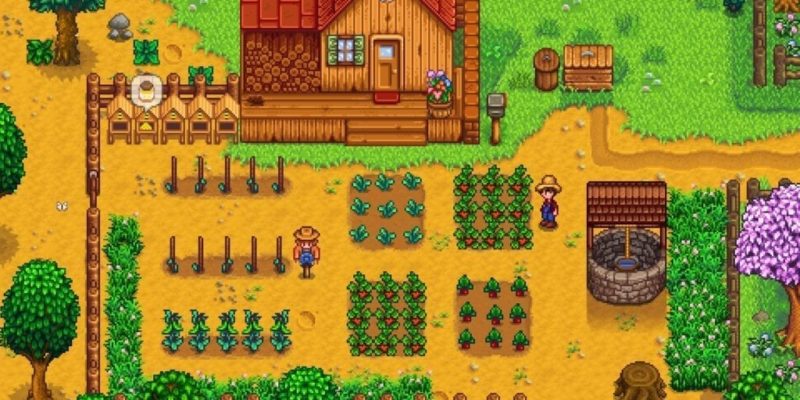 After a few months of beta tests, Stardew Valley‘s much-anticipated multiplayer update is finally coming to PC, Mac, and Linux builds on August 1. The announcement comes alongside a trailer showcasing Stardew Valley multiplayer in action.

The multiplayer update doesn’t change much about Stardew Valley‘s core gameplay loop. Players can still spend their time growing crops, fishing, foraging, and befriending the residents of Pelican Town. The only major change that multiplayer introduces is the ability to share a world with three other farmers via LAN or internet connections.

One of the few multiplayer-exclusive features coming in the update is the Cabin. At any point, the host can build up to three Cabins (at 100 gold apiece), which serve as small homes for fellow farmers. Like other buildings in the game, players can reposition the Cabins around their farm however they see fit.

Player-controlled farmers can even get hitched to one another. Similar to how it works in the single-player version of Stardew Valley, one player needs to craft the wedding ring and present it to whoever they’d like to spend the rest of their digital life with. Hopefully, the union doesn’t make things awkward for any single farmers on the farm.

While the August 1 release date is for the PC, Mac, and Linux builds of Stardew Valley; publisher Chucklefish stated that the multiplayer update for consoles is “coming soon.” It’d better come soon, too. Stardew Valley cleared over 3.5 million sales since 2016, 1 million of which were on the Switch alone.

Farming Simulator 19 – Release date and PC requirements have been revealed

By Otto Kratky6 mins ago
News

By Kevin Foley23 mins ago
Hardware