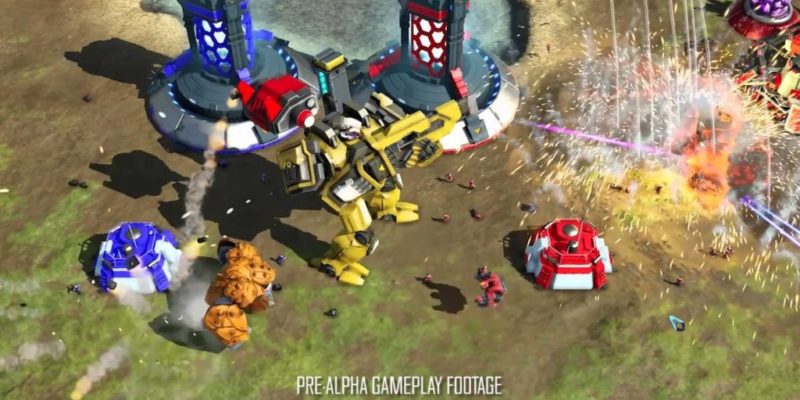 Stardock has announced a pair of new RTS games with entirely opposite gameplay styles: Servo, and Ashes of the Singularity.

Servo, developed by BonusXP, offers typical RTS gameplay alongside the sort of character customisation, loot collection, and persistent progression that you’d expect from an RPG.

Matches are designed to be short and snappy rather than drawn-out wars; the trailer below states that you might play for 10-15 minutes, finish a match, get some new loot, decide whether or not to equip it on one of your Servos, and then head back in for another match and see how your new Servos hold up. Customisation seems to be key here, with a continual stream of loot letting you rework your Servo army and try out all sorts of new strategies. 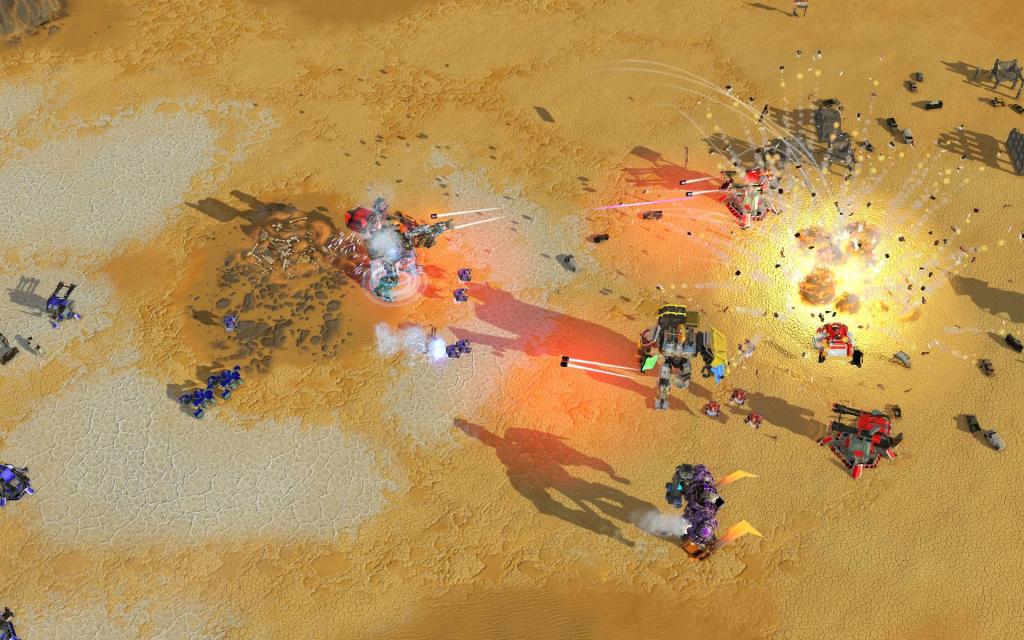 Ashes of the Singularity appears to be going about as far away from that as possible, insofar as my first thought on seeing it was Supreme Commander. Developed by Oxide Games, this instead focuses on giving you thousands of units, and forces you to fight over regions and their resources while keeping supply lines in mind. It’s apparently Sins of a Solar Empire-style building and research and expansion, with Company of Heroes-style territory control.

The clever twist here is the “meta-unit”, which’ll hopefully lower the amount of micromanagement you need to perform with your thousands of units. A meta-unit is, essentially, a bunch of separate units all grouped together, but when placed into a meta-unit they’ll be aware of each other and will automatically react and fight depending on what they’re grouped with. Short-ranged units will move to protect the more vulnerable long-ranged ones in their meta-unit; repair units will move to help out the most damaged units in the meta-unit. This behaviour will change based on what they’re grouped up with, letting you dictate the overall strategy simply by designating what’s in the meta-unit.

Both games sound pretty fascinating, honestly, particularly as they’re placed firmly at opposite ends of the RTS scale I’ve just created in my head. Both can also be pre-ordered now, with playable builds coming later in the year. You can go read up on the various pre-order options (and more on the games themselves) here for Servo, and here for Ashes of the Singularity.

Stardock are publishing both. Screenshots for both games and a trailer for Servo (with the devs talking about the game) follow. Ashes of the Singularity screenshots are on top, with Servo screens below.

Wolfenstein: The Old Blood Brings Us Back To 1946