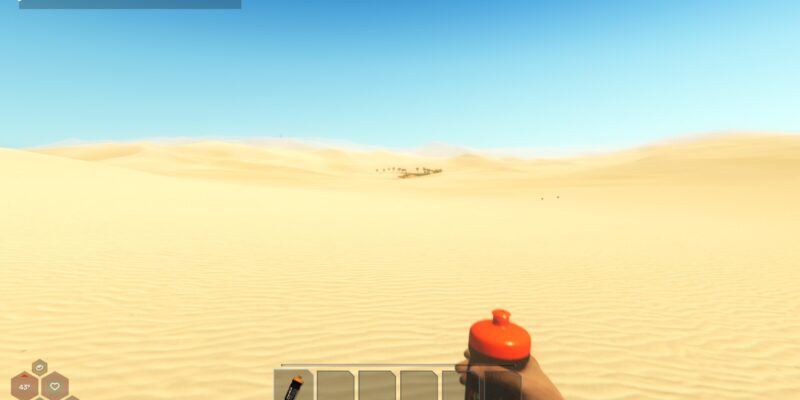 Crafting-focused survival games are a dime a dozen. You find yourself in a harsh environment and have no choice but to scavenge for resources to increase your chances of staying alive. Starsand is a brand new survival game entering Early Access. What separates it is that, yup, it’s in a desert. Well, there’s more to it, but that’s mainly accurate. It’s not exactly the first desert survival game, but it’s going to pique the curiosity of some folks all the same. The game is set to stay in early access until at least Summer of 2022, and it’ll receive a full storyline, as well as more areas and gameplay attributes. But the question stands: is Starsand worth it in Early Access?

The story setup in Starsand is currently delivered by a bit of text over a black screen. You were running a desert marathon, but ended up separated. After entering a small building to take shelter from a sandstorm, you find yourself in a completely unknown location and have to start moving if you wants to stay alive. However, things are more than they seem. This, of course, is based around following a series of guided tasks that require you to craft new items and find food and water.

Since Starsand takes place in a desert, it’s a little different than many similar games. For one, there are massive expanses of nothing. Sand dunes stretch out toward the horizon with the burning sun taunting you as the sweat pours down your face. The game has a temperature meter and when it goes over a certain threshold, your character becomes overheated and sweat literally rolls down the camera. It’s a nice touch. The game does a good job of selling just how desperate a situation this is, too. 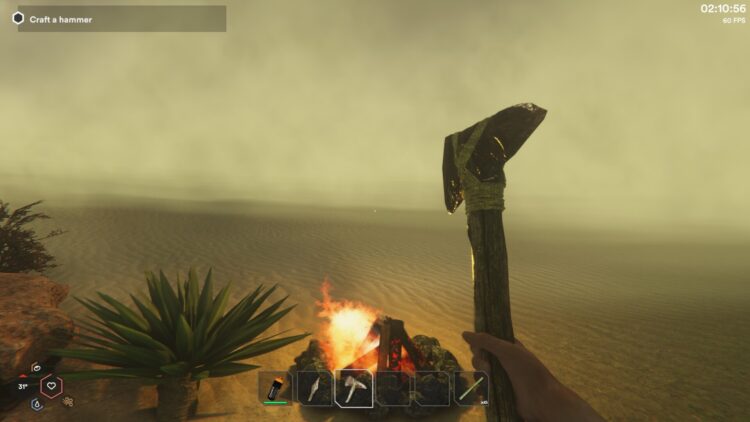 Journey through the desert

Your first order of business is to craft a crude knife with rocks, which you’ll end up dismantling because it’s basically worthless. You can dismantle all crafted items to return a certain amount of whatever you used to make them. Shortly thereafter, I was tasked with destroying a plant to get materials to make a stone axe. Only, I misunderstood one of the necessary components for something that I needed to find and not something I needed to craft. This led me to run forward into the vast nothingness until I happened to find an oasis.

There are many features and tools to help you survive. You have a bottle at your disposal in Starsand, which you’ll fill with water. You can also eat various fruits or hunt animals for their meat to cook on campfires. The game only lets you save at a constructed shelter, though. I ended up making the oasis my first camp, as it had plenty of food and water to keep me alive for a while. It also had many palm trees, which you can either climb or cut down for their fruit. You’ll also craft weapons which you can use to fight some… well, there’s no point in giving away the surprise. Although I guess the game’s Steam page already does that. The game’s optimization is decent for an indie survival game, as I was almost always at 60 fps or above on a midline card.

Starsand‘s goals can lack direction, though, as it often doesn’t give you much of an indication of how to do a thing you’re supposed to do. It doesn’t take long for the game to have you set to building your first wooden base, but figuring out how to actually add a door to the foundations isn’t the most obvious thing in the world.

As for whether I recommend it, I’d say that Starsand is currently worth it if you’re looking for a solid desert survival game, and especially if you want a bit of an otherworldly twist. Even when bearing in mind a not-so-surprising pivot, it isn’t all that different from other survival games. It has most of what we’re used to in games like this, and it performs adequately on top of it. You could certainly do much worse. 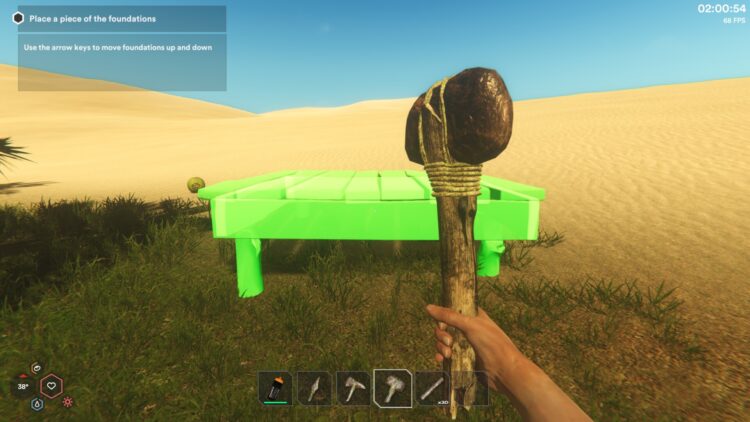 League of Legends, Valorant, and more Riot games are coming to the Epic Games Store