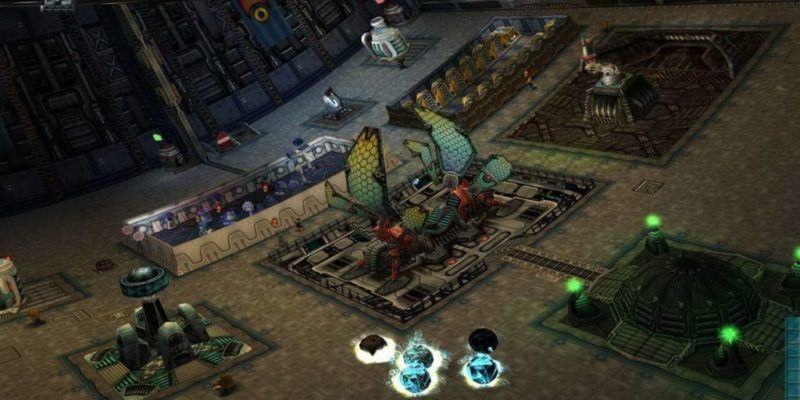 Startopia is a space-set city management simulator very passionately beloved by a small group of people. It released way back in 2001 and received a lot of praise from critics, but it surprisingly sold very poorly. Its price dropped rather quickly after it released. So, it might surprise you to learn that one of my favorite computer games of all time was one my parents picked up for me at the dollar store a year or so after its release. In fact, I paid more to get a Steam version of the game than my folks did on the physical one.

Since completing Startopia originally, I’ve always been hopeful that someone might pick up the mantle and make Startopia 2. Humankind’s intrigue with worlds beyond our own has grown exponentially in the 18 years since Startopia‘s release. Future-looking entrepreneurs like Elon Musk are fueling the fantasy of space travel. It really is a great climate to pull Startopia back to Earth.

Startopia is an economic and city sim game, except it’s set on a torus-shaped station floating through space. There are three levels for the player to occupy on this station. The first two floors are where you place buildings, with more industrial buildings being assigned to the first floor and recreational ones on the second. The top floor is the Biodeck, which is a customizable slice of nature. You can tweak this to simulate the natural habitats of the aliens who come aboard your station. 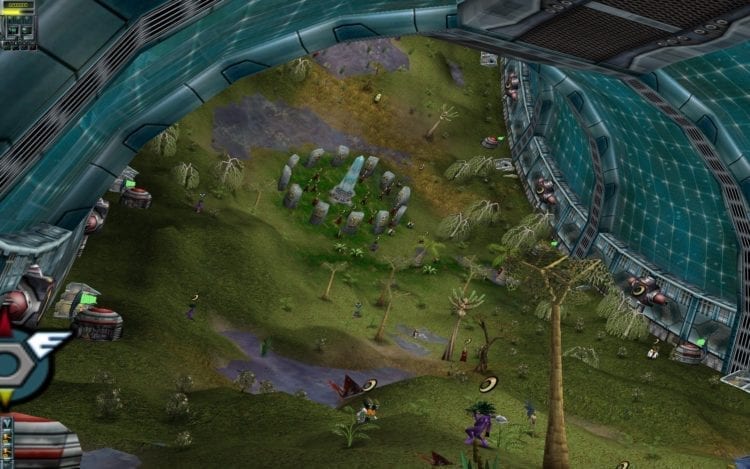 The lifeforms that visit your station have a great variety to them. You have the Greys, the most common depiction of aliens by Earthlings (in fact, almost half of all reported alien abductors are described as Greys). They are known for their advanced medical knowledge. There are Salt Hogs, who are the titans of space industry and work best in manufacture roles. Then comes my favorite race, the Zedem Monks. They aren’t your typical workforce members. Instead, they take up a spot on your Biodeck and erect a stone circle that provides enlightenment to any alien pondering the answers to the universe’s big question.

Each of the many aliens has a precise role to play on your station. If you are in need of improving your interstellar communication, you know that you have to employ a Targ. Do residents or visitors need of a touch of love? Hire a Siren to operate a Love Nest. Instead of being able to hire anyone for anything, players have to learn the different capabilities of each alien and how to leverage them to benefit your mission. Just about every alien can find a function that greatly boons the station.

Well, except for the Polvakian Gem Slugs. They exist solely to spend their money, and there is a bug where they will just die in a Slime bath. Or is that a feature? 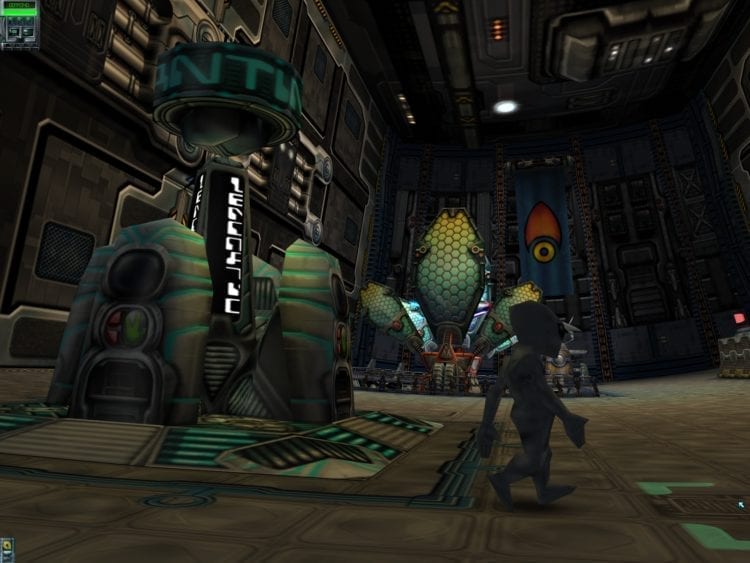 One of the biggest things that keep bringing me back to Startopia almost two decades after its release is the humor of the game. It’s a dry, British comedy-styled humor that reminds me of my favorite book series, The Hitchhiker’s Guide to the Galaxy. You robot guide VAL constantly makes funny but backhanded remarks. After the completion of a mission, he will also take a minute to remind you that he played a pivotal role in your success. The other character you interact with is Arona, a traveling trader. He is the space equivalate of a scummy back-alley merchant who very frequently has great lines. The game’s final cutscene with him has stuck with me all of these years after seeing it, partially because of its Star Wars references but also just in the fact that I finally beat the game.

Why haven’t we seen Startopia 2 yet?

Well, let’s knock out the biggest reason that Startopia 2 might never happen right at the start. Startopia released 18 years ago and only sold around 100,000 copies at the time. So, it never really gained a solid enough following. Regardless of that, it was received well by a lot of critics. IGN gave the game a 9 out of 10 and GameSpot gave it an 8.3 (for comparison, IGN also scored the original Starcraft as a 9, and Civilization III a 9.3). Even with high praise from critics, a low sales volume does not instill confidence in the success of a sequel. Mike Diskett, a programmer on Startopia, described the situation to Escapist Magazine back in 2008 like this:

“It was unimaginably bad. It was even worse, because at the time we were shipping Startopia, we had absolutely no doubt it was going to be an amazing success. I certainly didn’t. We thought it was the bees knees and we thought the whole company was just weeks away from being millionaires. And then no bugger bought it.”

Another major issue would be that Startopia’s original developer, Mucky Foot Productions, closed down two years after the game’s release. They really nailed just about every aspect of the game. It’s hard to imagine who else could rekindle the magic formula that they created, but there are a handful of studios today who could emulate the charm and wit of it. 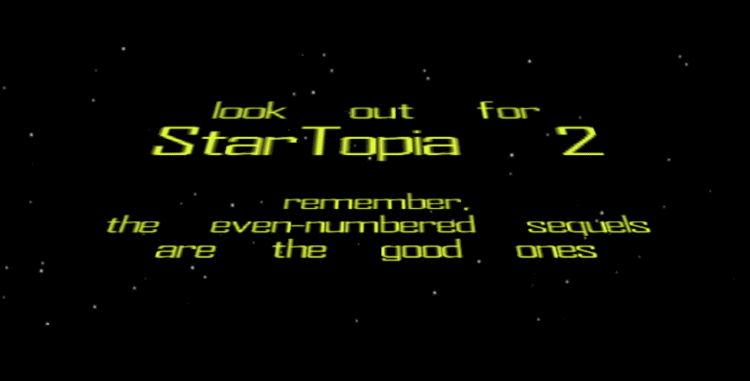 A section of the end credits from Startopia. It truly looked like MuckyFoot thought it was going to be a huge success!

Even though Mucky Foot is long gone, the publisher for Startopia is still around and are fairly well-regarded today. Eidos Interactive help helm the ship for the game back in 2001. Eidos has since gone on to be acquired by Square Enix and has become Eidos Montréal. Their portfolio includes the newer Deus Ex games, the reboot of the Tomb Raider series, and the upcoming Marvel’s Avengers. All of this is to say that they clearly have the ability to ship incredible games and could do a great job revamping Startopia. If they ever decided to pick it up.

Why it’s time for a return to the franchise

We live in an age that has us curious about our future in space. It’s fun to think of the possible answers to “Are we alone in the universe?” or “What lies outside of the Milky Way?” That said, it often seems the adage that we are a generation born too late to explore the earth and too young to explore the universe feels a bit like a harsh truth. Those alive now will likely not be around when humankind begins colonizing other planets and living among the stars. As a substitute, video games make for great escapist fantasies where we can do just that.

A lot of games on the market currently focus on war and conquest in space, whereas Startopia emphasizes different alien species, their specialties, and their economies. It revels in bringing many different beings together, rather than creating a narrative focused just on humans becoming the masters of another new frontier. It is a wonderful change of pace in the space-set simulator genre, one which would benefit from a title with a peace among worlds attitude rather than a destroy all the enemies and mine every resource mindset. Startopia 2, or even just a new rendition of Startopia itself, is the perfect conduit to bring this different style of simulation experience into mainstream attention.