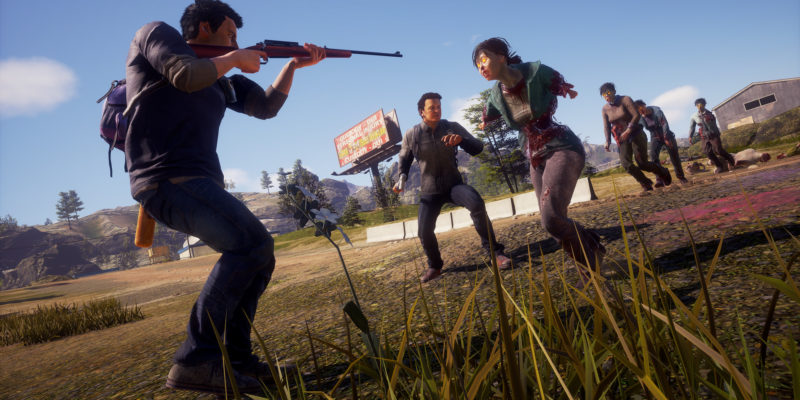 Up until now, any PC gamers who wanted to play State of Decay 2 had to boot up the Microsoft Store. Fortunately, Microsoft has announced the Juggernaut Edition, a definitive update for the popular zombie survival game. Not only will it add tons of new content, but it’s coming to Steam on March 13.

We’ve actually known for a while that State of Decay 2 was, at some point, coming to Steam. However, the original announcement only told us that the Steam version would feature Xbox Live cross-play. Whilst getting State of Decay 2 on Steam is nice, the Juggernaut Edition is what fans should be excited for. This update adds far more than you might expect.

Perhaps the most striking addition is the new open-world map, Providence Ridge. It’s inspired by the Pacific Northwest. We’re talking Washington, Oregon, and British Columbia. Judging by the trailer, the core gameplay will primarily take place in rural forest regions.

Also, the Juggernaut Edition completely overhauls State of Decay 2‘s visuals and audio design. There’s not too much to go by, but the screenshots suggest the Juggernaut Edition will introduce grittier, darker visuals, arguably more fitting for a zombie apocalypse than the game’s previous art style. As for the audio, all we know is that it has been “improved,” and fans can expect several new tracks in State of Decay 2‘s OST.

The Juggernaut Edition also brings heavy melee weapons back to the State of Decay franchise. Fan-favorite weapons such as the axe and shovel make their full return with plenty of new additions showcased too. Just from the trailer alone, there’s a bludgeon of sorts and what appears to be some kind of two-handed machete.

Otherwise, fans can expect complete redesigns for the user interface and control schemes, as well as having all game modes unlocked from the get-go. If you’re interested, State of Decay 2: Juggernaut Edition is available for preorder on Steam right now for $29.99. Anyone who already owns the Windows edition can play this update for free once it drops.