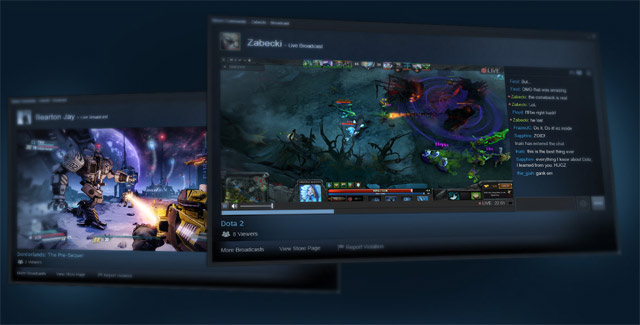 Valve launch their own streaming service and it’s built into your Steam client right now.

If you have opted into Steam beta versions via your Steam client then there’s a new addition to play with, Steam Broadcasting. This great new feature lets you watch your friends  play by clicking the “Watch Game” on their profile or via the friends list.

The broadcasts are not limited to your friends though. There ‘s also a new tab on the Community Hub called “Broadcasts”, and just like Twitch, you can watch live streams as they are happening.  While you watch the action you can also chat with others in the chat window which is useful for the streamer and the viewers,

The update from Valve reads:

“The beta is open to everyone on Steam who wants to participate by opting in to the Steam Client beta through the Steam Settings panel. For the time being, concurrent viewing may be limited as the beta is scaled up to support the broader audience.”

I can see this becoming super popular because it’s so easy to use, and as a we’re PC gamers already logged into Steam, it makes more sense to use this simple and easy to use system than a site such as Twitch. Another massive benefit is that users could seek out streams before they buy which is extremely useful when it comes to Early Access games because anyone playing a game with the option set to “Anyone can watch” will have their broadcast listed in the game’s hub.

You can test it out now, just opt-in to the beta via your settings in the Steam client and then set who can watch you play. 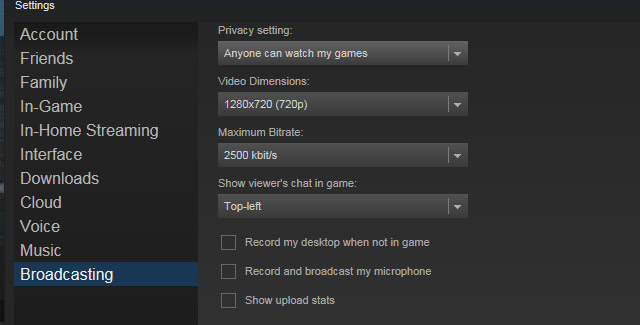