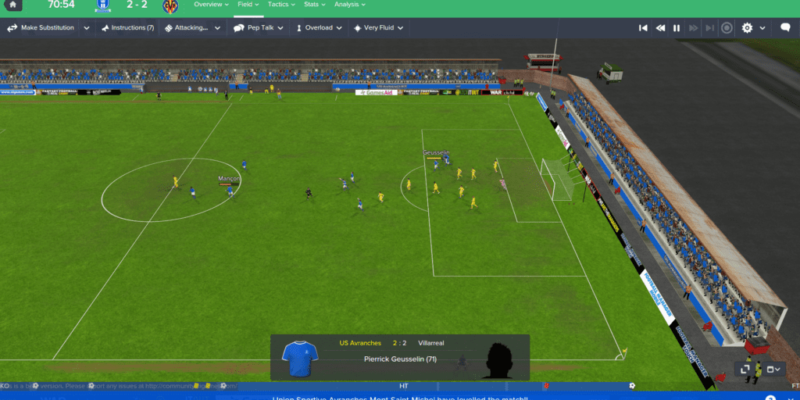 Euro 2016 boots into life tomorrow, which is of course the perfect time for videogames to run some tie-in events like this Steam Football sale. Okay, they actually call it a Soccer Sale, which is better in terms of alliteration, but a little too US-centric.

Anyway, pointless linguistic disputes aside, this is a decent way of getting foot-soccer games at a cheaper rate than usual. Football Manager 2016 is $17.00 USD, which is probably the lowest it’s likely to go before the new one shows up around October. The rather tremendous Rocket League is down by 20% too, making it $16.00 USD.

If you don’t mind spending some time modding the rubbish graphics and textures that Konami kindly added to the PC version, then PES 2016 is pretty cheap at $15.00 USD. Probably best if you only want to play single player offline modes (which does include official Euro 2016 stuff), mind you, as the online play on PC doesn’t sound very reliable at all.

Other weird titles like the cult-ish Lords of Football (an attempt to meld player management with The Sims, but not necessarily a successful one), and things I don’t know anything about like the excitingly titled Soccer Rage can be picked up cheaper than usual too.

This sale is set to run for about three days.

Torment: Tides of Numenera delayed until 2017. There’s just so many words

By Sam Robins5 mins ago
Hardware