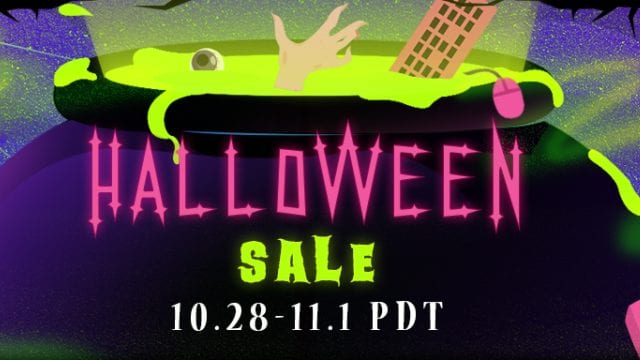 The dark powers of Gabe Newell are at work once again, as cheap PC games struggle through the soil to emerge on the surface of Steam for a Halloween Sale. Or, to put it another way, Valve are trying to sell you stuff again.

Spooky, scary, or otherwise vaguely ‘dark’ games all have money off on Steam from now until 1 November. Titles like Dying Light: Enhanced Edition (50% off), Darkest Dungeon (40% off), and Vampire – The Masquerade: Bloodlines (75% off, but making the Steam version work can be a slight technical challenge) have all had monetary amounts SEVERED FROM THEIR BODIES. Well, except games don’t really have bodies, but … look, it’s a metaphor.

Steam also seem to be flogging a load of Halloween-themed movies as part of the same sale. If you feel a burning desire to own every single Saw film in digital form, Valve might be able to help you out.