Looks like the Google Stadia isn’t the only surprise coming out of GDC this year. Earlier today, Valve announced that the Steam library page is getting a new makeover. The redesign’s focus is all about information and accessibility. Additionally, Valve also unveiled the new Events Page.

The new library will champion the idea of throwing as much information about your games at you as possible. Valve’s Alden Kroll demonstrated the redesign. The change, as you can see below, is massive. Most obvious is that the library now acts as a personal homepage for your games. Recently played games display at the top, and just below those lies a section highlighting recent game updates. Lastly, your game collection will display underneath as a collection of “box art,” not unlike something you’d see from a streaming service. Your friends list will also have a place at the top-right corner, but the grey arrows most likely allow you to hide it if it’s in the way. 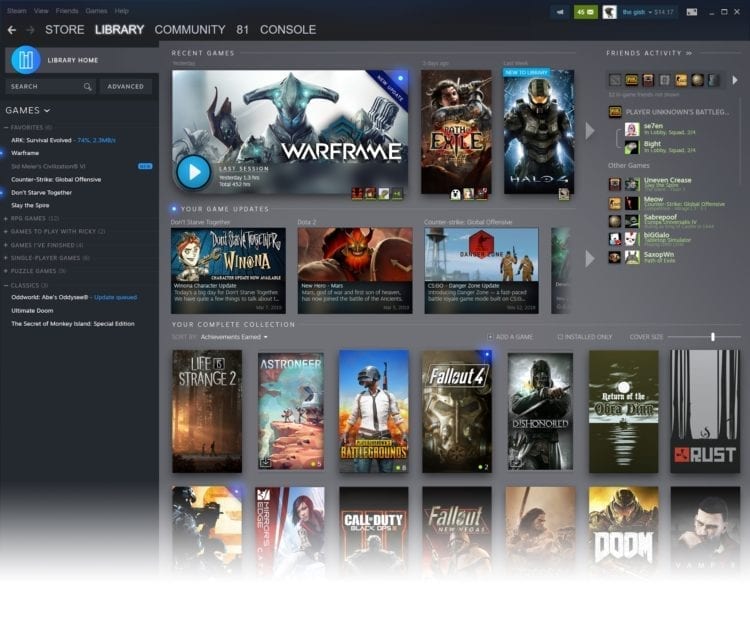 Each game will also get its own page. Shown in the example below (featuring CS: GO), here Valve remains committed to offering a ton of information. The highlighted game appears at the top, along with the play button and indicators for Last Played, Playtime, and unlocked Achievements. Underneath, you have a section for recent events and updates, as well as DLC, activity, a Playing Now tab showing you who on your friends list is online, and more. 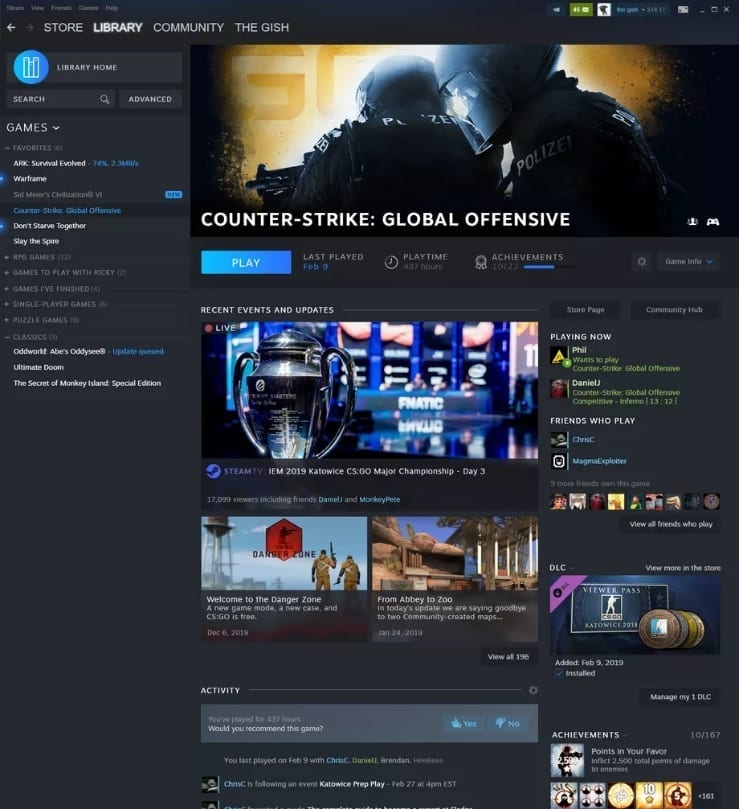 Valve also unveiled Steam Events. As Kroll explained, Steam Events will allow developers to keep players up to date on their games. Events will feature on its own page, where developers can include information on what’s happening with the game or if something big is happening on the horizon. Events like competitions or tournaments for multiplayer games, as well as DLC announcements, will most likely feature on this page.

Let’s be honest, a major quality of life update for Steam has been a long time coming. The platform, while plenty functional, has looked and operated the same for many years. Valve’s upcoming changes feel like a breath of fresh air.

It’s highly possible that Valve’s push to modernize its aging platform was sparked by the recent wave of competition in the form of Epic Games. That said, it’s unlikely that Steam will get pushed off its throne any time soon, even with Epic’s frantic exclusive grabbing. Still, a major update like this should keep its loyal faithful happy. Valve has yet to mention when the new library changes are on the way, unfortunately. However, Steam Events will enter beta sometime in the next few months.

Contest: Win A Steam copy Of We. The Revolution

Google Stadia Is Impressive — On Paper