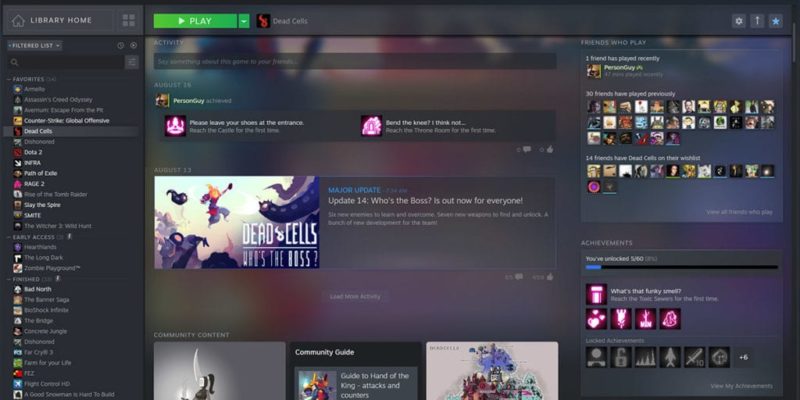 Valve announced earlier this month that the Steam library was going into beta soon. Well, that day is today. Starting now you can join the beta and experience the wildly different library for your Steam client.

To join the beta, all you have to do is follow a few easy steps. First, open up your Steam client and head to the Settings menu. From there, click on Account, then travel down to the bottom-right where it says “Beta participation.” Click on the Change button, then hit the drop-down menu and choose Steam Beta Update and click OK. After that, just restart your client. You can get more information on the Steam library beta at the official page.

I’ve been tooling around in the new Steam Library. So far, I think I like it. Of course, I haven’t spent a great deal of time in the new library, but I’m digging the updated style. It’s clean, sleek, and does everything that Valve promised.

The new library is a big change for longtime Steam users. Every game has its own page chock full of information. It puts all the useful tidbits right in your face, such as play time, achievements, and who in your friends list is currently playing (or has played). 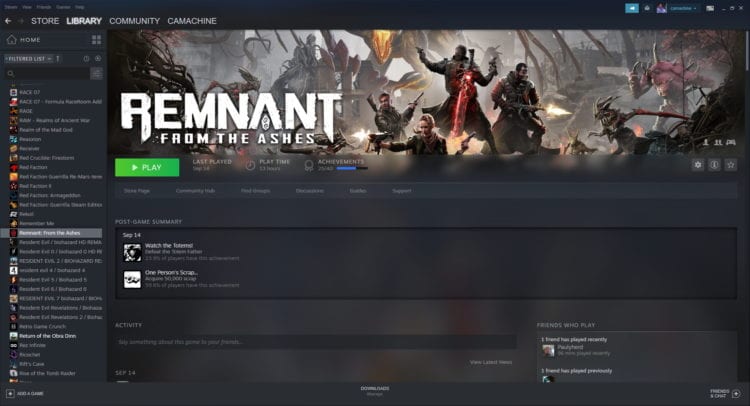 Every game now has its own page.

Activity, achievements, and memes all in one place

In my Steam library test, I checked out the page for the recently released Remnant: From the Ashes. Scrolling down from the top of the page, the library shows even more than what I listed here. The activity section shows off my recent achievements as well as those earned by friends.

Below that are all the most recent updates — the last one for Remnant was Adventure Mode. Scrolling further down and you see more achievements, as well as trading cards you earned and screenshots you’ve snapped. Finally, near the bottom is all the community content for the game. So, you get your game information, friend activity, updates, and a crap load of memes in one scroll. 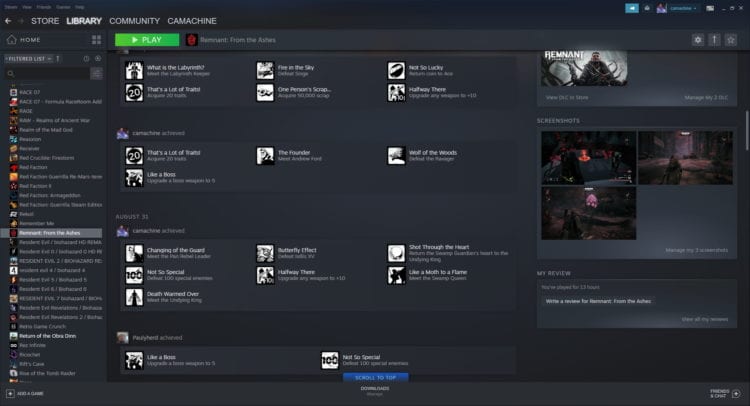 I actually don’t think I care as much about achievements as Steam thinks I do.

I did experience a concern or two. Images started flashing slightly as I scrolled through the community content. Also, I can’t seem to figure out how to only show currently installed games. It is, of course, a beta. The option may not be available yet. Either that or I can’t find it anywhere, which is also a bit of a GUI problem. It’s also a bit slow to load.

Either way, the new Steam Library is here, and you can try it out now. You may like it, you may not. For whatever drawbacks it may have, it is a beta, so it will likely expand and improve over time. Now to find out how to only show installed games.

The Call of Duty: Modern Warfare beta will have crossplay with consoles