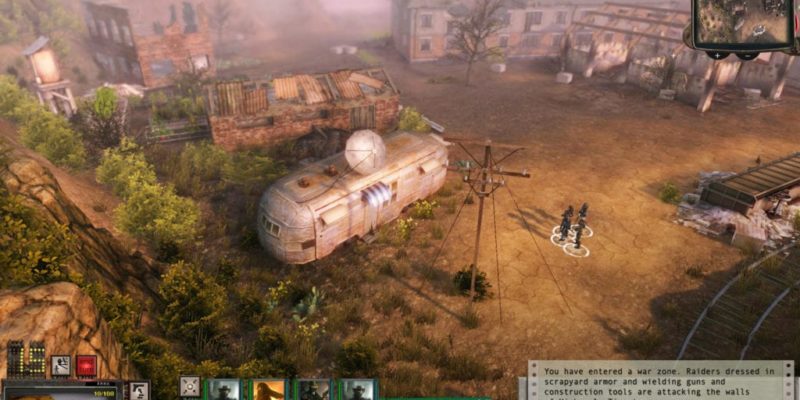 The second day of Steam’s Monster Summer Sale has begun, offering discounts on another huge selection of games.

Today has a mix of solid titles and slightly baffling bundle deals, but let’s just dive right in. Daily deals first: the entire Hitman franchise is 80% off, which means you can either buy Hitman games singly for between £0.99 and £3.99, or grab all of them – and all of Hitman: Absolution‘s DLC – for £5.99. Superb post-apocalyptic top-down RPG Wasteland 2 is down to £14.99, and the dark and unique survive-a-war-’em-up This War of Mine is now only £5.99.

The Witcher franchise is also discounted, although you might want to tread with a bit of care. The Witcher 3: Wild Hunt is only 10% off (which, let’s face it, is about what was expected for a newly released blockbuster game), while the other two games are down by 85% to £1.04 and £2.24. Just don’t buy The Witcher Trilogy Pack, because that’s not discounted, and at £64.99 it’s actually a full £16 more expensive than buying the three games separately.

Also, Paul might hit me if I didn’t mention that classic-style RTS Grey Goo is down to £11.99, so I’ll quickly mention that too.

Distressingly, there are also quite a lot of decent Flash Sales (which expire in 12 hours). In terms of unorthodox roguelikes you’ve got Crypt of the Necrodancer, Rogue Legacy, and Risk of Rain, all of which are utterly superb, and all of which are heavily discounted to £5.49, £2.19, and £1.74 respectively. If you’d prefer a first-person party-based dungeon crawler, then the exquisite Legend of Grimrock 2 is down to £4.49, which is also well within the “Yes you should buy that” range.

And then there’s the excellent Enslaved: Odyssey to the West at £3.74. And the Peter Parrish-approved Valiant Hearts: The Great War for £2.99. And about a million other things.

Finally, then, the deals created by people playing that slightly naff and buggy clickfest minigame. There are nine of these, and if I had to pick two, they’d probably be Outcast 1.1 at £3.20 and Creeper World 3: Arc Eternal at £1.09. The former is a remastering of a cult classic action-adventure, while the latter is a bizarre but excellent combination of tower defence and RTS.

As ever, our traditional warning of “Don’t buy anything unless it’s a Daily Deal” applies, because despite almost everything on Steam being discounted, it’ll be discounted further if it winds up as a Daily Deal or Flash Sale. Still, I’m fairly sure there’ll be something in those sales that’ll keep you occupied for another 12 hours when the next round of Flash Sales kick off.

Tales of Zestiria confirmed for PC