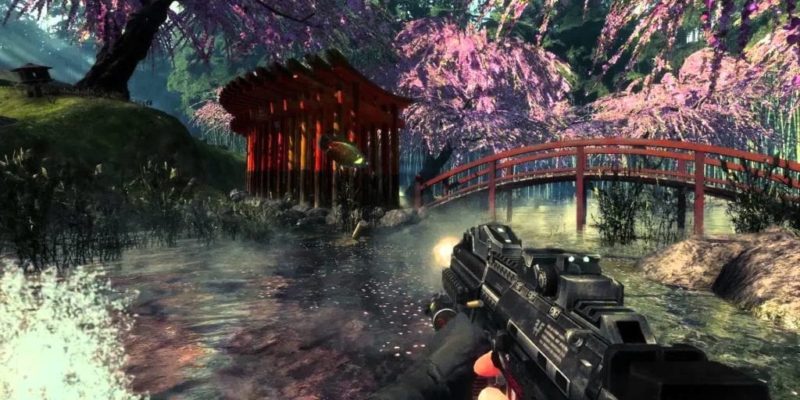 Sorry for the delay on this one, everybody. There’s this little thing called E3 going on, and with all these conferences, it’s been a bit tricky to find the time to write about Steam deals. But! Now I’ve got an hour until the last E3 conference of the day, so what better time to look at Steam? Exactly.

Rather than going through them in order of Daily Deals/Flash Sales/Community Unlocks, let’s have a look at today’s deals by genre and style.

RPGs are probably the biggest of today’s deals. The Divinity franchise has been heavily marked down; while the tremendous Divinity: Original Sin is still pretty pricey at £20.09, you can opt for Divinity 2: Developer’s Cut at £4.49, or weird strategy/action/RPG hybrid Dragon Commander at £7.49. The Shadowrun franchise has also been discounted, with the rather excellent Shadowrun: Dragonfall at a very tempting £3.29. And, if you haven’t picked up the good Dragon Age game, then Dragon Age: Origins – Ultimate Edition (including the game, the expansion, and all DLC) is £4.39.

Fancy something more in the first-person vein? You can nab all three BioShock games in a pack for £5.99, or get your stealthy stabbing on with Dishonored for £2.49. It’d also be remiss of me not to mention Shadow Warrior at 90% off, because I really liked that game, and £2.99 is a pretty cheap price for a bit of Wang in your system.

Third-person brutality is also possible but not nearly so cheap, with the Dark Souls-inspired Lords of the Fallen at £11.99, the Dead Rising franchise dropped by an average of about 60%, and the better-than-you-might-expect Ryse: Son of Rome down to £11.89. I’m sort of tempted to mention Dead or Alive 5: Last Round, but £14.99 is fairly steep for a game that still doesn’t have multiplayer.

Finally, the more personal picks. In terms of “Peter would stab me if I didn’t mention it” we have Crusader Kings 2 at £5.99, which is probably a fairly cheap way to find out if incest and political assassinations are your sort of thing without getting into some very awkward real-life situations. I’d like to throw out a specific recommendation for Scribblenauts Unlimited, because it’s the only Scribblenauts game I actually like, and it’s a bargain at £3.74.

In terms of more oddball titles, Cook, Serve, Delicious! and Tales of Maj’Eyal are both worth a moment of consideration, and Frozen Cortex is one of the best robot-focused turn-based sports games I’ve ever played. That might sound specific, but I’ve also played both RoboSport and an ancient DOS game that barely worked. I’m not making any comparison to RoboSport but it’s definitely better than the latter game, by simple virtue of functioning properly.

Oh, and the Five Nights at Freddy’s series is pretty heavily discounted too, if you’re planning a career in shrieking on YouTube.

The Flash Sales will update in about five hours from the time of writing.