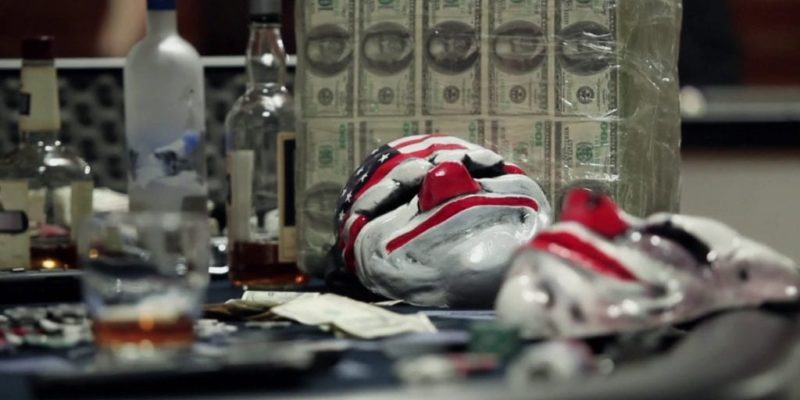 Blimey, it’s day six of the Steam Summer Sale already. Do any of you have any cash left? I mean, I do, but that’s primarily because I’ve already bought everything on Steam in past sales. Which, now that I think about it, means it wasn’t a waste of money – it’s an investment! I spent money then to save it now!

Moving swiftly on from financial justification that would make an accountant wince, there are a few good sales on today. Let’s have a look, shall we?

In terms of shooty action-y things, the standout titles are probably Payday 2 for £3.74 and Sleeping Dogs: Definitive Edition for £4.99. It’s arguable whether or not that version of Sleeping Dogs is worth a punt if you already have the original, but at that price, I’d say it’s worth a moment of consideration. All of the Payday 2 DLC is also on sale for 75% off, so if you’ve been holding off on the Alesso Heist, the Clover Character Pack, or the Assault Weapons Pack, you can now grab them for £1.24, £0.49, and £0.49 respectively.

If you prefer to put a bit more thought into your gameplay, then Rise of Nations Extended Edition and Sins of a Solar Empire: Rebellion will happily devour entire months of your free time for £3.74 and £7.49, respectively. The former is a re-release of one of the absolute best RTS games ever made, and while it’s not a perfect update, it’s still a bloody great time. Then there’s Sins of a Solar Empire, which is some sort of mutant hybrid between a 4X and an RTS that feeds on your spare time, and I absolutely do not recommend it if you plan to do anything but play it in the near future. The Total War games are also on sale; with the exception of Attila – which is fairly recent – they’re generally around the £6-£7 mark, which isn’t too bad.

Perhaps you’re more one for a bit of punching and kicking, though? Welp, the exquisite Skullgirls is a steal at £1.79, and unless BlazBlue gets a huge daily deal then you’d be hard pressed to find a fighting game with more value for money. You could also consider today’s sale of Ultra Street Fighter IV at £11.49, but that might be a bit costly.

Peter will shout at me if I don’t mention Driver: San Francisco at £2.49, as he went so far as to claim “It’s the best driving game” when I mentioned it to him a few minutes ago on Skype. I think that’s probably slightly hyperbolic, but it’d likely also be my choice of driving game. I think we can all agree that the mechanic of “possessing cars while in a coma” makes it the silliest driving game on sale today, at least. Still, if you prefer a “proper” racing game, then you might want to consider Assetto Corsa or three games from the Need for Speed franchise, which are also on sale today.

System Shock 2 is a must-buy at £0.69 because it’s bloody System Shock 2 and it’s worth so much more than that, and in the “vaguely spiritual successor” territory, Deus Ex: Human Revolution – Director’s Cut is £2.59. Spelunky and Terraria are easily worth the £2.39 and £1.74 Steam are charging for them today, and if you pass on Spelunky and you don’t already have it, I might get very upset at you.

Steam’s flash sales will roll over in around six hours, while the rest will update in about 18. As ever, if you want something but it’s only on general sale rather than one of these daily super-sales, wait around to see if that happens before you pick it up. These daily deals/flash sales/community unlocks are the cheapest price Steam will be offering during the sale, so it’s worth hanging around to see if the game you’re after winds up dropping a bit further in price over the next few days.

Burstfire Alpha starts today – Use this code and take part