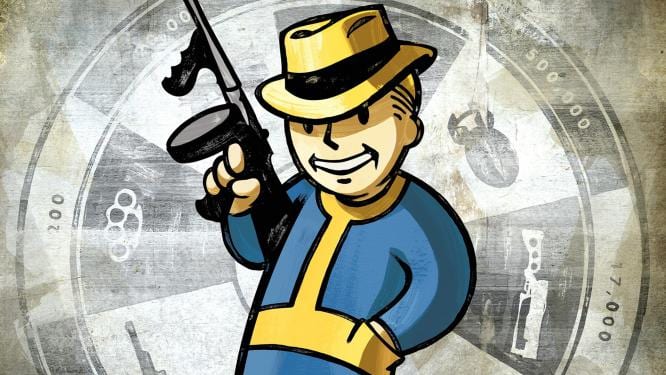 Still looking at games in the Steam Monster Summer Sale? You must have money left, then. Or some kind of terrible financial problems. If it’s the latter, we accept no responsibility for any purchases on our recommendation.

So, today’s Daily Deals. It goes on sale practically every year, but since this is the year of Fallout 4 it might garner more interest: Fallout: New Vegas is about $2.50 USD today. It’s the best non-isometric Fallout, and if you spring a few more dollars for the ‘Ultimate Edition’ you get four very high quality DLC mini-expansions too. The classics (Fallout and Fallout 2) are just $2.50 USD each as well. As is Fallout 3 (which is fine too, just not quite as fine as New Vegas.)

There’s always a place in my heart for Europa Universalis IV when it’s 80% off. Watch out for the 75% ‘Collection’ if you’re assuming it has all the DLC, though – because it doesn’t (the new Common Sense DLC is missing for a start.) That doesn’t make it a bad deal or anything, but just be aware of what you’re getting vs what you might be assuming you’ll get.

The Stanley Parable is a mere $3.75 today, which is a small price to pay for amusing meta-commentary on choice in videogames, surely?

If you’ve any interest in the Saint’s Rows, the Resident Evils, or the Tropicos, all of those have various amounts of money off too. I still favour Tropico 3, myself. If you get that, I’d suggest the bundle with ‘Absolute Power’ included, it’s a pretty crucial DLC.

Mortal Kombat X has 25% off, but I’d do some research into whether High Voltage have fixed up the PC version yet before thinking about buying that. The game itself is worth it, but the PC port was a bit of launch disaster.

In the current 12 hour Flash Sales, you can pick up Ultimate General: Gettysburg (75% off,) a terrific strategy title made by a former Total War modder. Most of the Max Paynes (not 2, for some reason) are 75% off as well.