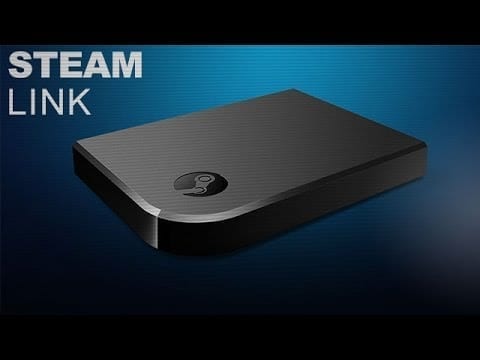 A few years back Steam released the Steam link-an interesting device designed that when plugged into a TV and connected to the internet, allowed streaming via a gaming PC. While there positive aspects to the device, the Wi-Fi function seemed to be less than satisfactory and there were some hardware/software quirks to be ironed out. Still the promise was there and it seemed like something that could definitely be of use. Flash forward to May 9th, and we saw the announcement of a steam link app for android-I’ll get onto the apple version in a bit-which is an intriguing new dimension to the concept of the Steam Link proper.

The Steam Link app, slated to launch the week of May 21st, allows gamers to experience their Steam library of games on their Android (phone, tablet, TV) and iOS-based (iPhone, iPad, Apple TV) devices while connected via 5Ghz network or wired Ethernet to a host system (Mac or PC), with Android access initially offered in beta. The Steam Link App will feature support for the Steam Controller, MFI controllers, and more across both platforms.

Given the state of the internet in America and the unreliability of Wi-Fi in the instance of the Steam link one does wonder how well this app would work in practice, not to mention how it would function across devices ranging in age and strength.  I personally decided to give it a go on my phone and found that my internet wasn’t good enough to get the job done. Still getting close to playing a game was somewhat intriguing, and once I get better Wi-fi I can see it having some utility.

However, despite initially planning on releasing the app on iOS as well, it would appear that Apple has rejected the app for the foreseeable future. As pointed out by others, this isn’t surprising-Apple would be letting something that presents some hefty competition to its lucrative games market onto its storefront-something that gives them no profit whatsoever. It’s a shame, but from a purely cynical perspective one can see why Apple made the decision it did.

Also packed into this announcement was the reveal of a Steam Video App later this summer, to stream movies and shows off of Steam-which would seem to indicate that Valve might try to push more and more into the digital space outside in addition to what they’ve already been doing. How far that goes, well who can tell-Valve can be really scattershot with how hard they push on things and whether or not it amounts to much only time can tell.